Inscape Chamber Orchestra in concert in Episcopal Church of the Redeemer in Bethesda, Maryland

Performance of William Walton's Facade for Chamber Ensemble and Narrator

Anectdotal photos from the Atlanta ClarinetFest in Atlanta, Georgia, and the Buffet-Crampon / Vandoren Clarinet

As the fall months are coming in, it is interesting to reflect on all the incredible clarinet and

music activities haven taken place in so many places.   As reported on the Hot News Pages appear

summaries about the positive activity and how so many are benefiting from the exposure, which points

fully grow in their musical fields, regardless of level and age.  Meeting 1st tier players from the major

in their approaches and concepts.   As listed below, there are several upcoming events worth attending,

some with no fees to participate.  Major Clarinet firms such as Buffet-Crampon are sponsoring events as

posted.   Also of interest are the myriads of concert events performed everywhere to increase musical

humanity as shown by above galleries.   Concert series held in Churches and smaller halls show a cultural

interest and opportunity to perform to high standard and public appreciation.

is now faster to view pages, and the Membership Application Page is open for new members.  Past members

with data changes are encouraged to re-register to keep current as the core pages come into effect.  It is

The 5th German Klarinetten Symposium will be held in Dresden, Germany September 29 - 1 Oktober 2006, continuing the every 2 year tradition of quality Conferences representing the German approach to the performance field.  Previous symposiums have been held in Karlsruhe, Duesseldorf, Leipzig, and Berlin.  It is vitally important for clarinetists to attend and benefit from the German contribution.

The application  must be received until September 27, 2006 and be sent to Secretariat for 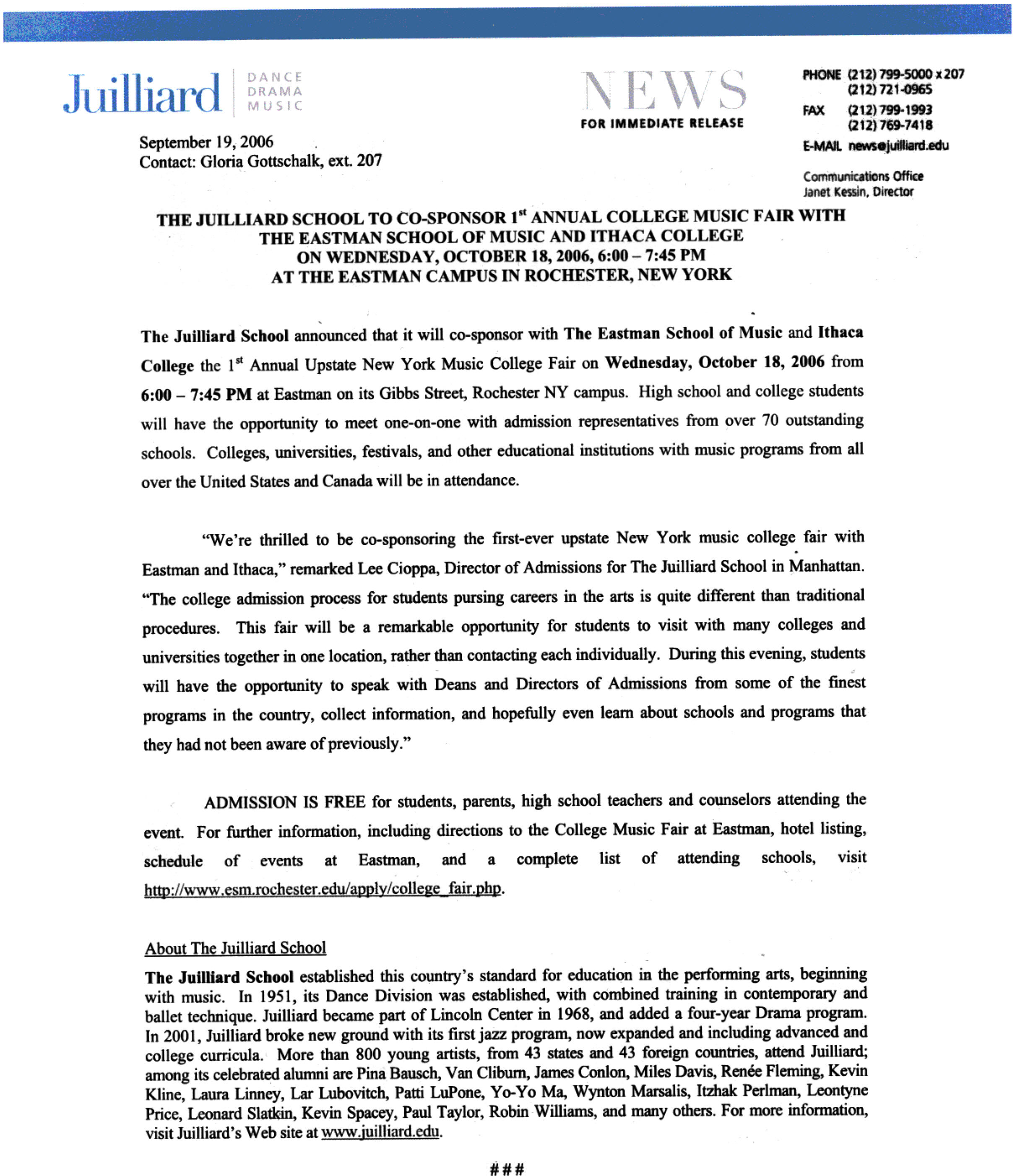 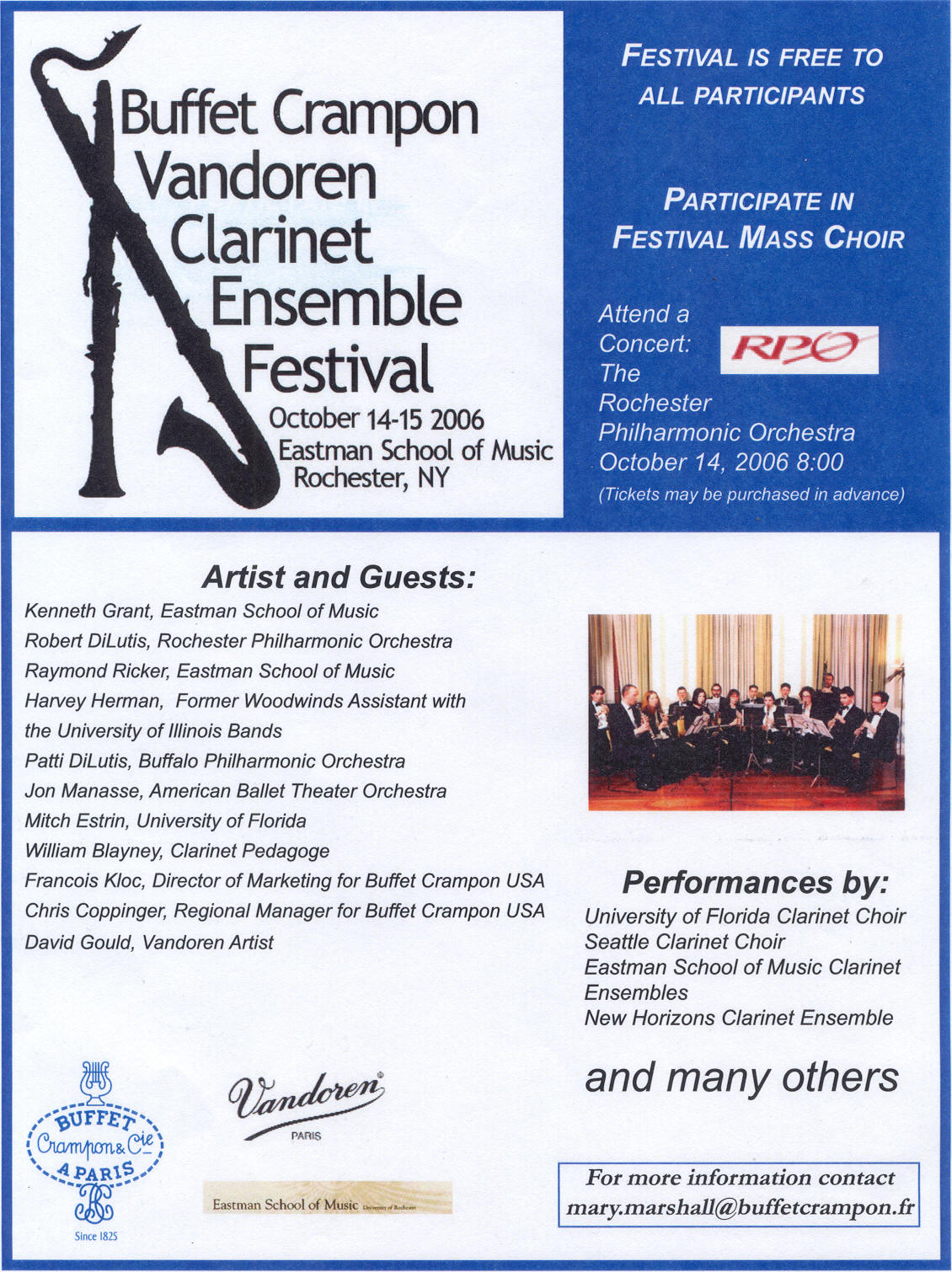 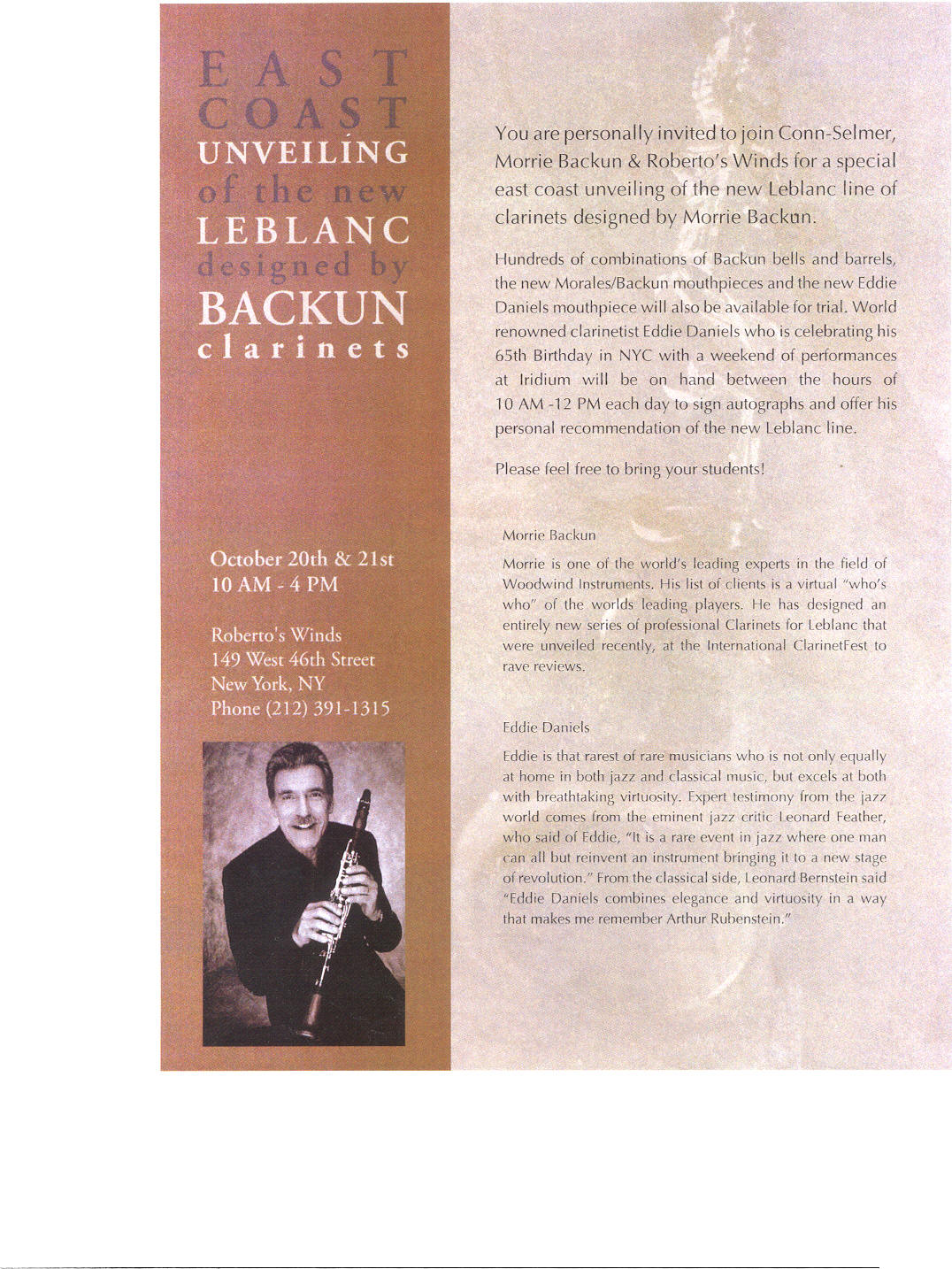 Philharmonic, performed probably the most important Concerto of the 20th Century with

John Corigliano in attendance participating in sessions and performance.  The premiere with

in 1977, and 29 years later in New Orleans, under the Directorship of John Reeks of the Orchestra. 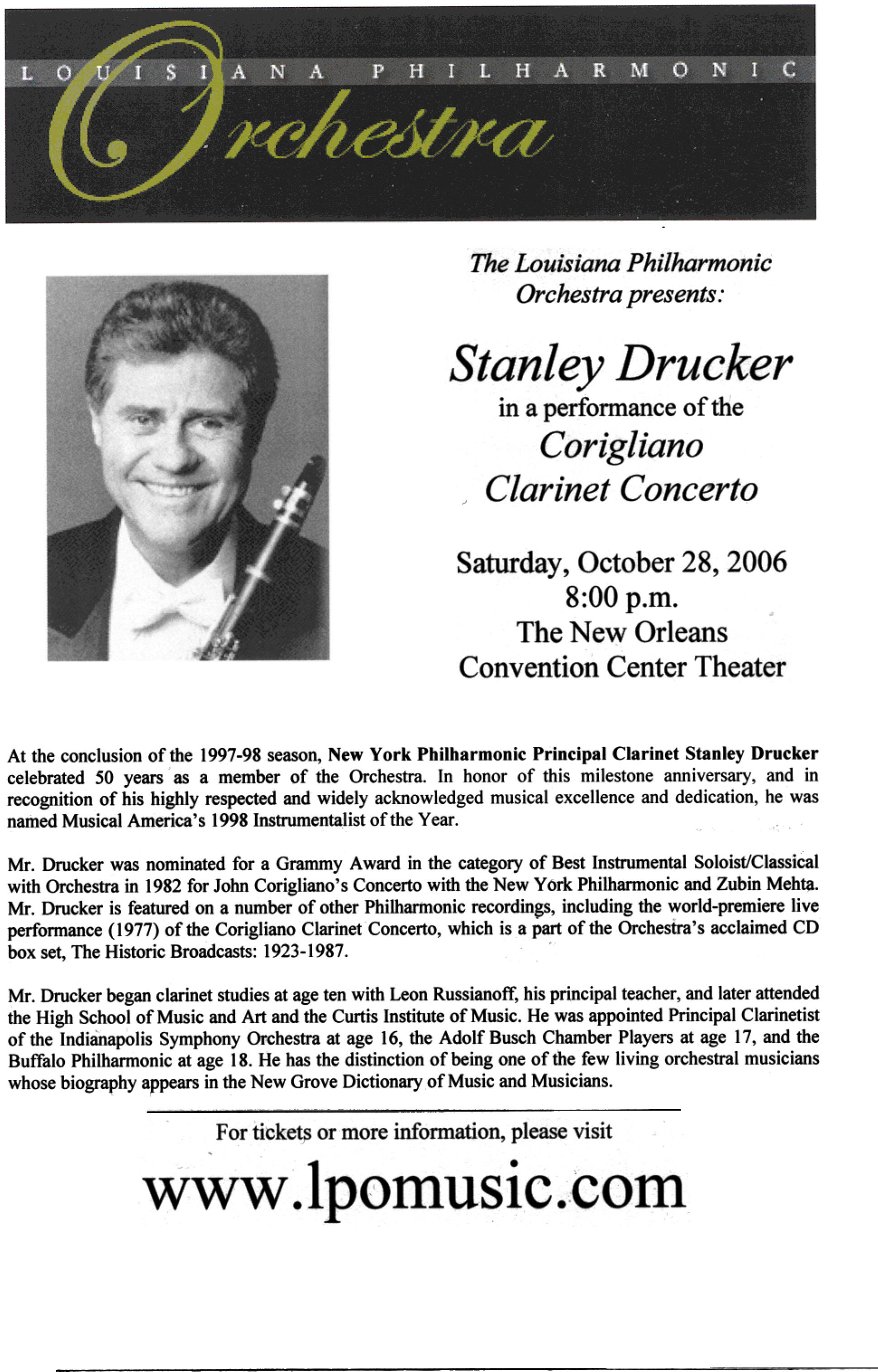 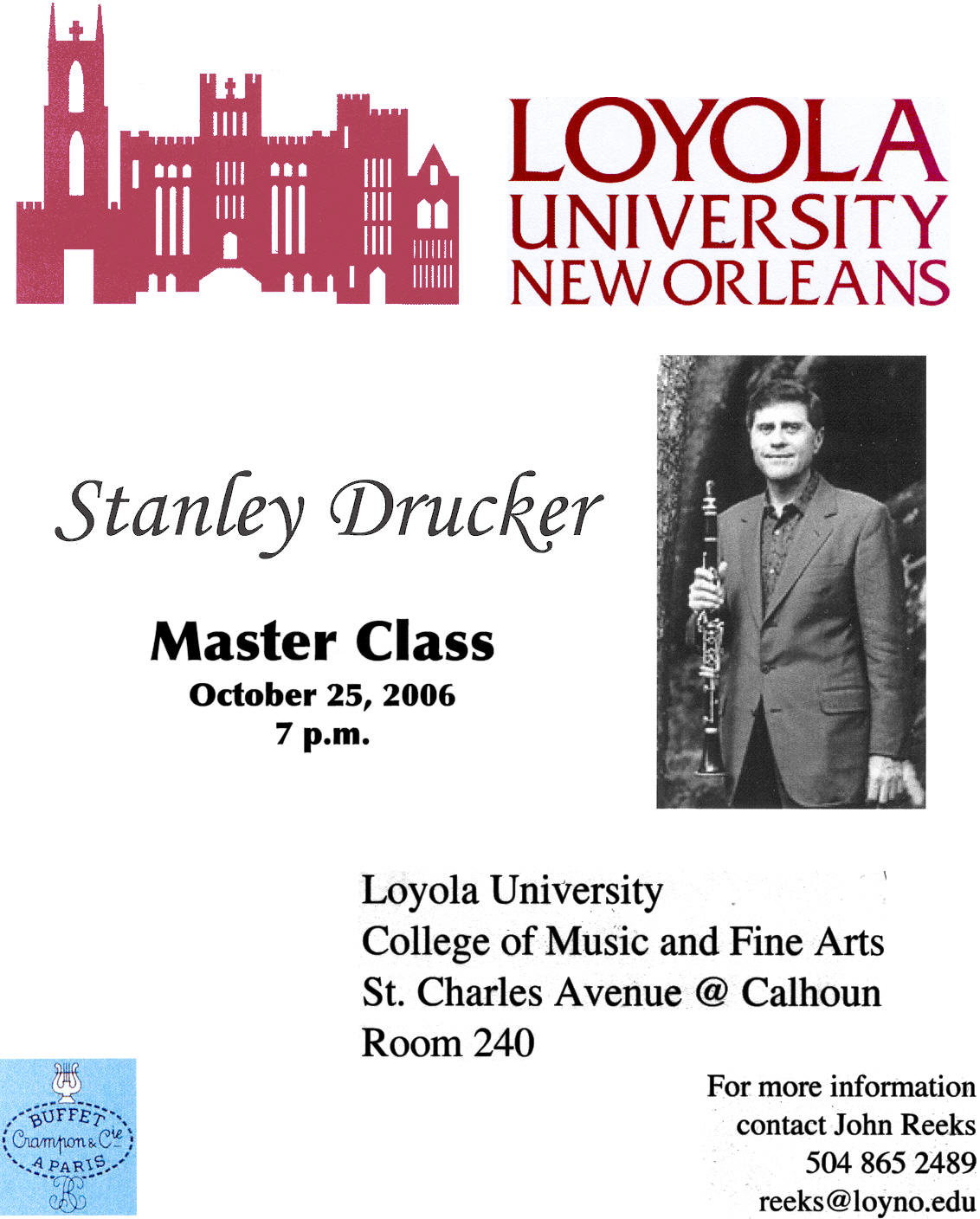 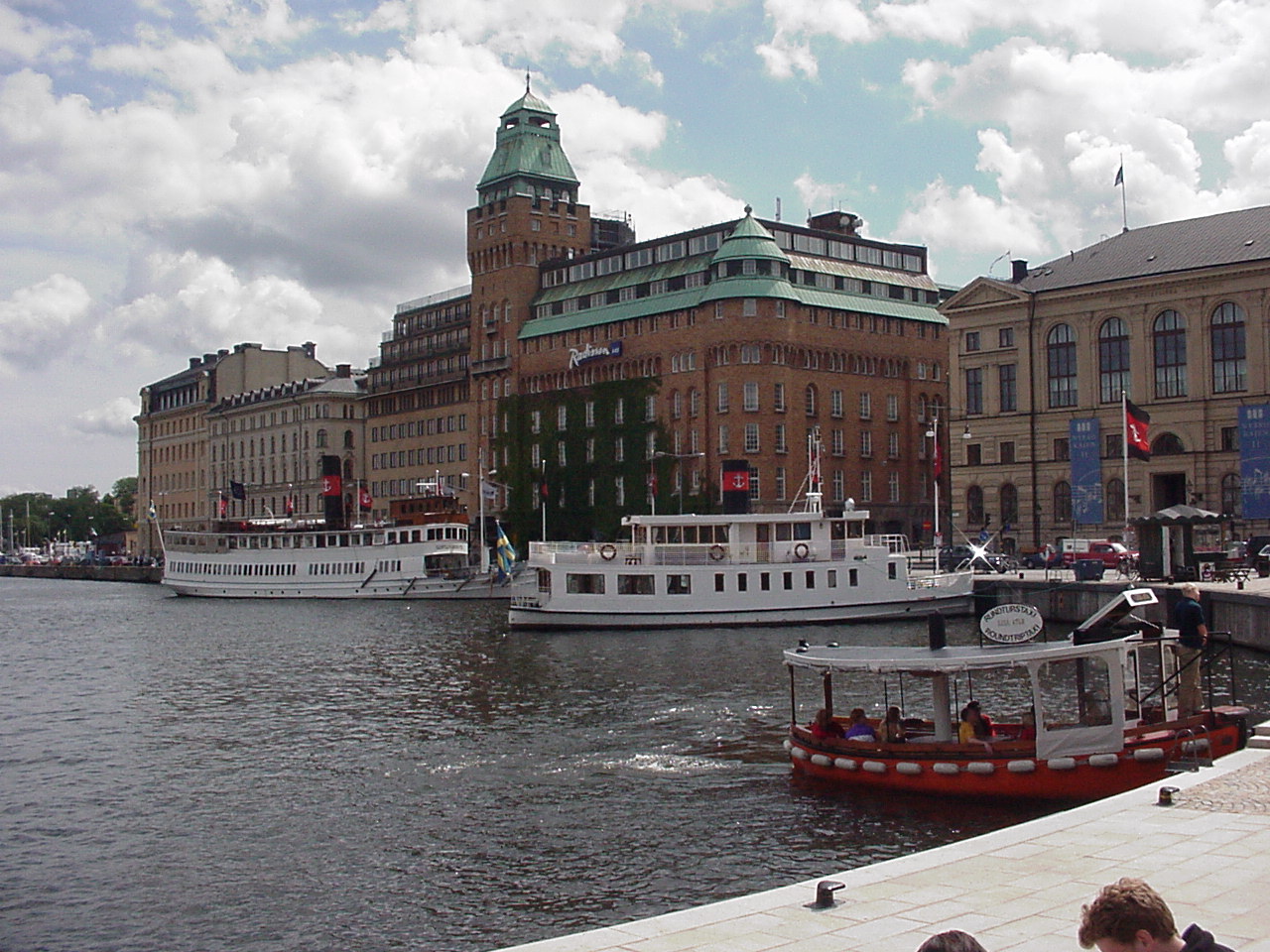 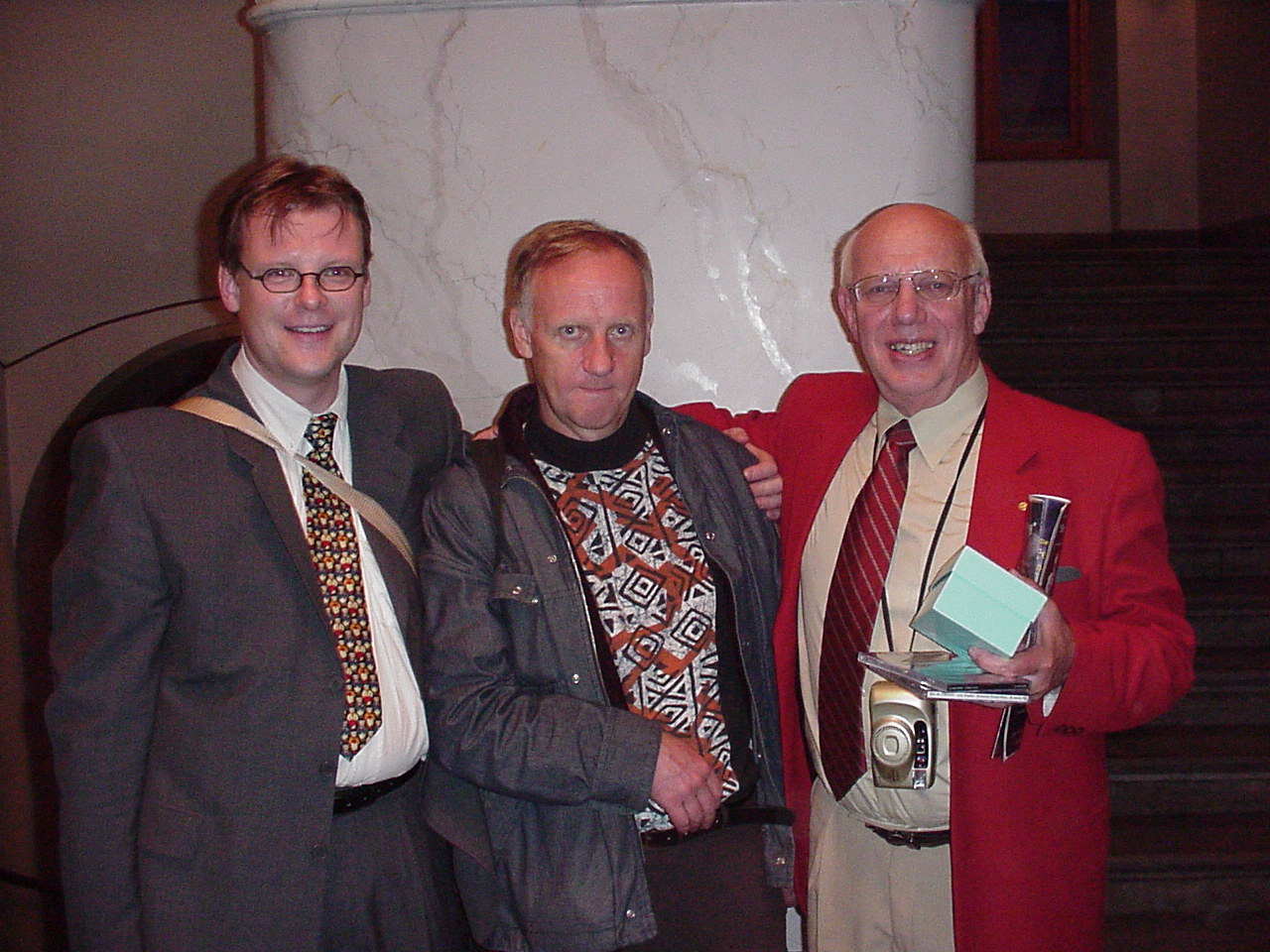 There will be some info on it at the www.musikgymnasiet.se and at the www.jonnab.se and in english at the www.howarth.uk.com

For those which need direct info please email me at stefan.harg2@comhem.se