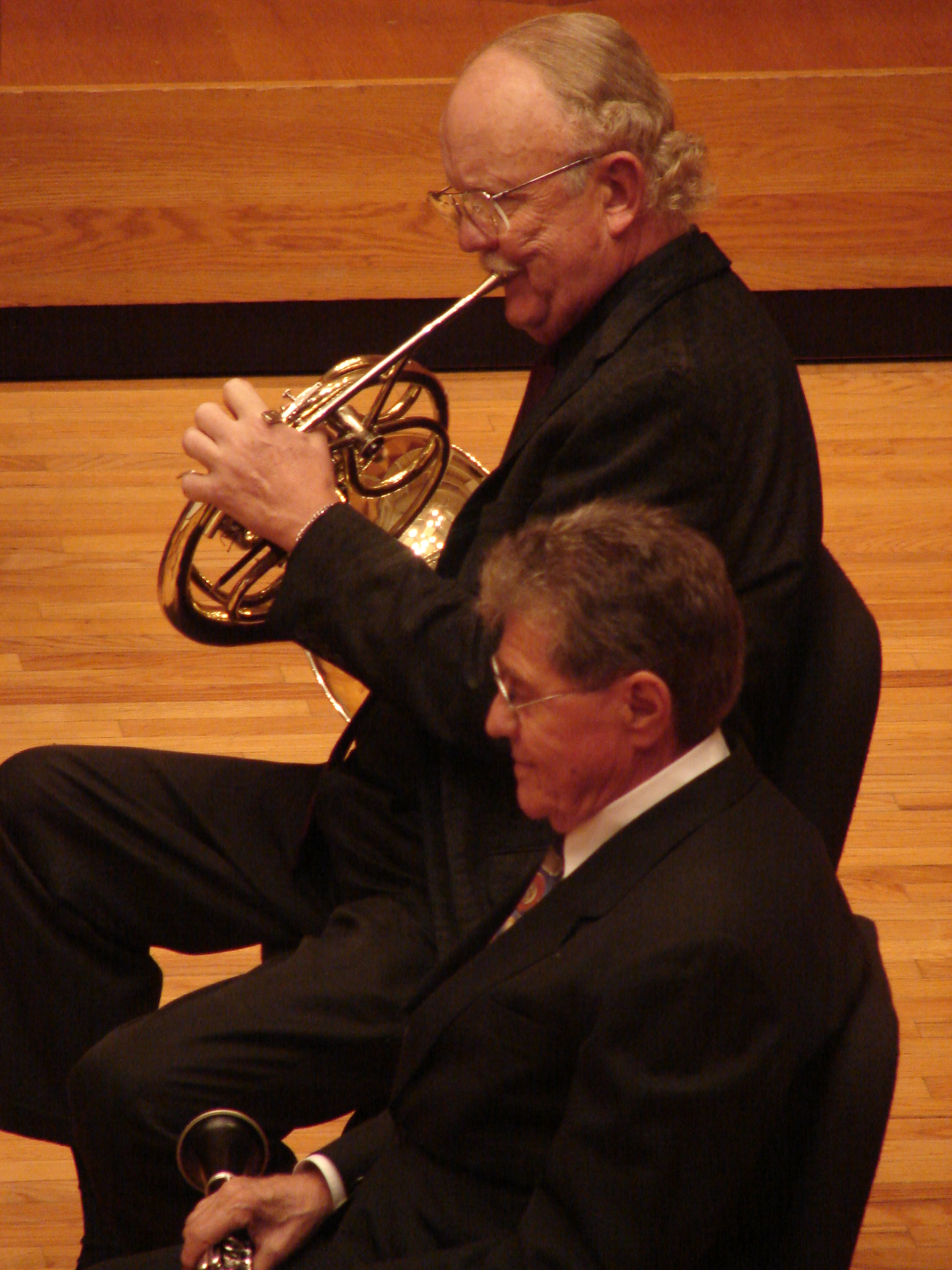 This September month has been a prolific performance one for retired Stanley Drucker from the New York Philharmonic for a year now, and quite active in performing Solo Clarinet performances, Chamber Music, and Master Classes all over the country, with an upcoming European set of prestigious engagements including giving a full day Master Class at Vandoren, Paris, and being a judge on the European Clarinet Competition and Festival in Kortjik, Belgium. The programs above from the Eroica Chamber Ensemble in Memphis, Tennessee and Jackson at Labmuth University featuring performances of the Mozart Clarinet Concerto K622 and the Weber Concertino Op 26, followed on the next day at Montclair State University in New Jersey performing the Schumann Fantasy Pieces and the Brahms Trio Op 114, and the last performance at East Stroudsburg University of the Beethoven Trio, Op 11, and the Vaughan Williams Quintet, with members of the New York Philharmonic, all galleried above on the programs attest to the vigorous stamina of Dr Drucker who has shown the meaning of Joy and Passion in his approach to performance. He has been very active since his retirement from the Orchestra and is well intent on continuing this incredible legend legacy for as long as he can.  In the next two weeks he performs with the American Chamber Ensemble with his wife Naomi at Hofstra University in Hempstaed, Long Island, New York. 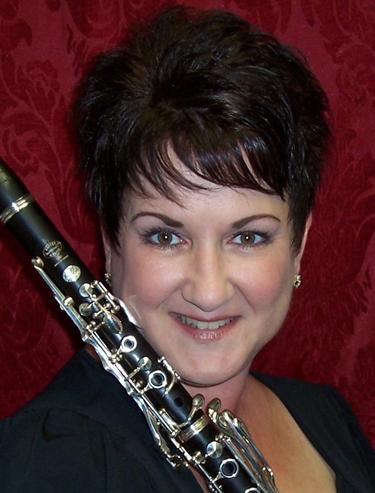 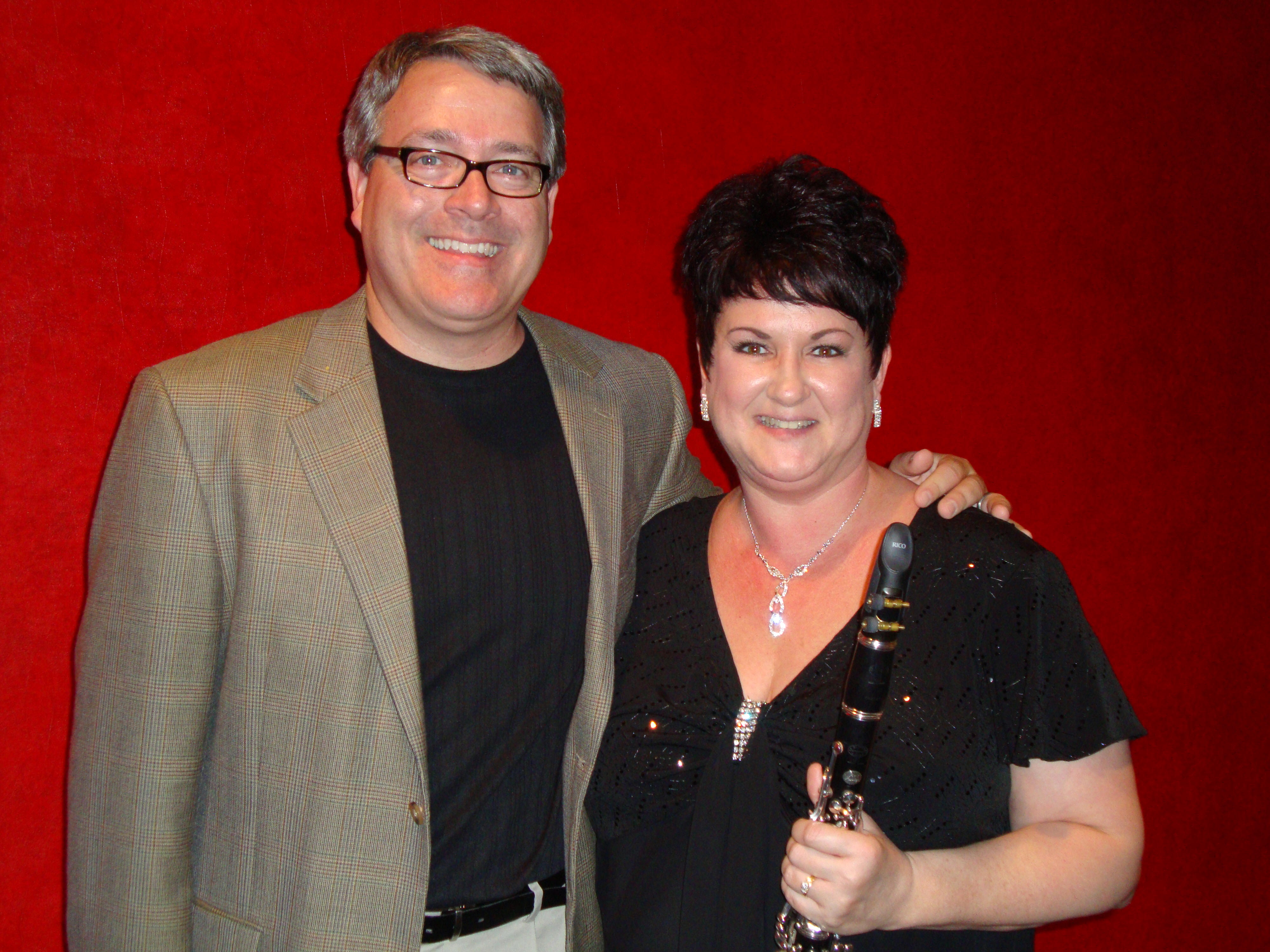 Diane Barger, Lincoln's Symphony principal clarinetist, and Professor of Clarinet at the University of Nebraska, performs  Scott McAllister's "X Concerto" with the orchestra

Dr. Diane Barger is Professor of Clarinet at the University of Nebraska School of Music and a member of the Moran Woodwind Quintet. She currently serves as principal clarinet with Lincoln’s Symphony Orchestra, is Nebraska State Chair (2010-present) and Past-Treasurer (2000-2010) of the International Clarinet Association, and is a Buffet Crampon USA Artist/Clinician. In addition to her work as a collegiate educator, Dr. Barger actively works with pre-college clarinetists and is involved in mentoring her cadre of clarinet instructors at Cornerstone Academy of Clarinet, LLC where she serves as Founder and Professor of Clarinet. She is also a member of the Trade Winds ensemble as an educational recording artist for Carl Fischer Music.

An active soloist and chamber musician, master class clinician and adjudicator throughout the United States, Dr. Barger was a featured artist at the 2010 (Texas), 2009 (Portugal), 2008 (Missouri), 2007 (Canada), 2006 (Georgia), 2005 (Tokyo), 2004 (Washington, D.C.), 2000 (Oklahoma), and 1997 (Texas) International Clarinet Association's ClarinetFests® and the 2009, 2002, and 1998 Oklahoma Clarinet Symposiums in Norman, Oklahoma. She was the guest artist for the 2007 and 2004 Alabama Clarinet Retreat in Birmingham, the 2001 Southern Appalachian Clarinet Retreat in North Carolina, and appeared as soloist with the Northern Arizona University in the spring of 2009 and with the Florida State University in the fall of 2002. A specialist in the genre of operatic fantasies for clarinet based on Vincenzo Bellini operas, Dr. Barger can be heard as a featured soloist on the International Clarinet Association's 1998 Recording Project compact disc in a performance of Domenico Mirco's "La Sonnambula" Fantasia for clarinet and piano.

With the Moran Woodwind Quintet, one of the most active and visible quintets in the Midwest, Dr. Barger will perform at the 2010 College Music Society (CMS) National Conference in Minneapolis, Minnesota in September. The quintet also participated in two lecture/performances at the 2008 CMS National Conference in Atlanta, Georgia, the 2005 CMS International Conference in Alcala de Henaras, Spain, and the 2005 CMS National Conference in Quebec City, Canada. The quintet has also performed at the Grand Valley Music Festival, the North Central Music Educator's National Convention, and at various colleges and universities around the United States. Their 1998 compact disc recording by Crystal Records, "Postcards from the Center," features works by American composers Lieuwen, Murdock, Higdon, and Heiden. Their 2007 and 2004 CD projects features the music of Theodore Blumer and is also available through Crystal Records. With the oboist and bassoonist of the quintet, Dr. Barger was a featured guest artist in a recital at the 2004 IDRS convention in Melbourne, Australia.

Dr. Barger received the Doctor of Music (1999) and Bachelor of Music (1988) degrees from the Florida State University where she was a student of Frank Kowalsky. While completing the Graduate Certificate in Performance (1990) and Master of Music (1989) degrees from Northwestern University she was a student of Robert Marcellus. For her doctoral research she was the recipient of the 1996 Faculty Summer Research Fellowship and Grant-in-Aid awarded by the University of Nebraska-Lincoln Research Council. She also received the 2001 Hixson-Lied College of Fine and Performing Arts Distinguished College Teaching Award and numerous teaching awards by the UNL Parents Association and Teaching Council. In addition to being a member of the International Clarinet Association, the Music Educators National Conference, the Music Teachers National Association, and Sigma Alpha Iota, Dr. Barger served as Coordinator of the ICA's High School Solo Competition (2003-2005) and is Chair of the Wind Area at the University of Nebraska-Lincoln. Dr. Barger looks forward to her service as Artistic Host of the 2012 International Clarinet Association’s annual ClarinetFest®, which will be held on the UNL campus August 1-5, 2012.