VIP Wenzel Fuchs, Solo Klarinettist in the Berliner Philharmoniker,  in Master Class Course with Jose Marie Santandreau, Professor of Clarinette and Solo Clarinette in the Chamber Orchestra in Valencia -  Course held in the Canary Islands 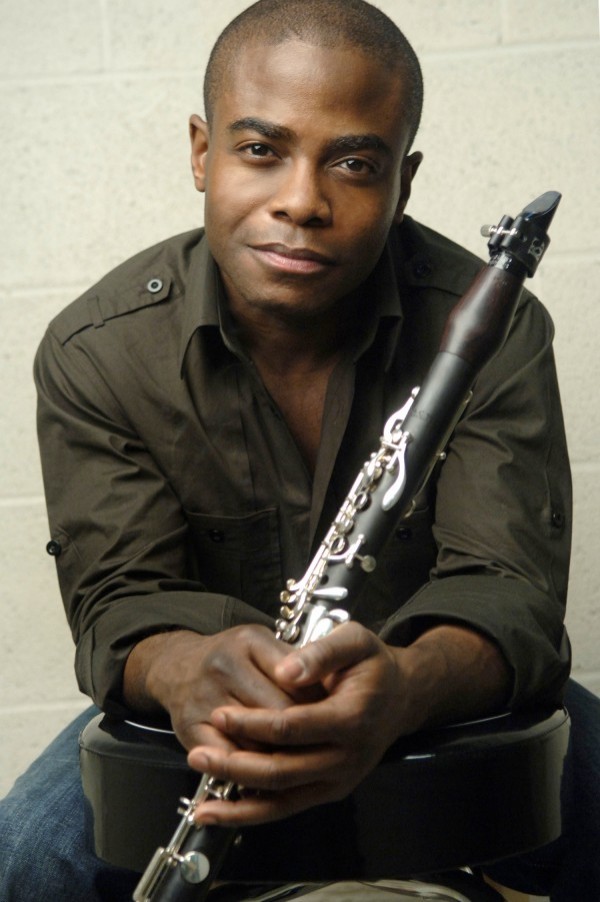 For the New York Philharmonic, it may be a case of third time's a charm.

The orchestra is to announce shortly that Anthony McGill, the co-principal clarinetist of the Metropolitan Opera Orchestra since 2004, will become its next principal clarinetist. The position was held by Stanley Drucker from 1948 to 2009, and has been vacant since.

WQXR has exclusively learned that McGill will take a leave of absence from the Met to play with the Philharmonic next season, the opera company confirmed on Tuesday.

The Philharmonic's search for a successor to Drucker has been unusually fraught. In April 2011, the orchestra hired Ricardo Morales, principal clarinetist of the Philadelphia Orchestra, but he resigned before officially starting on the job, citing family reasons. Then, last year, the orchestra lured Chicago Symphony principal clarinetist Stephen Williamson away from his job. He too changed his mind, also citing family reasons.

The 34-year-old McGill is a familiar presence at Lincoln Center, and – Philharmonic officials undoubtedly hope – a steadfast one. (In an e-mail, McGill declined to comment on the new position.)

McGill is a rare clarinetist to have built an active solo career along with his main orchestra job. He was thrust into the spotlight in 2009, when he performed at the inauguration of President Barack Obama, joining Yo-Yo Ma, Itzhak Perlman and Gabriela Montero in John Williams's Air and Simple Gifts. McGill has recently performed as a soloist with the Baltimore, New Jersey and San Diego Symphonies, and has given numerous recitals.

Recently, McGill has been expanding his chamber music credentials, touring with the Pacifica Quartet, as seen in a WQXR Cafe Concert taped last November. Prior to the Met, he was the associate principal clarinetist of the Cincinnati Symphony Orchestra, a job he won shortly after graduating from the elite Curtis Institute of Music in Philadelphia.

McGill's first season with the Philharmonic begins in September. Among his assignments will be to record Carl Nielsen's Clarinet Concerto, a long-delayed initiative that's part of the Philharmonic's "Nielsen Project."

Swedish Clarinettist Martin Fröst received the Léonie Sonning Music Prize in Copenhagen making him the third Swede in the history of the prize to be awarded. First given in 1959 to Igor Stravinsky, subsequent recipients have included Birgit Nilsson, Eric Ericson, Leonard Bernstein, Olivier Messiaen, Miles Davis and most recently Sir Simon Rattle. The entire list of winners reads as the who is who of musical history and for Martin Fröst to receive the award is an immense honour

I feel incredibly honoured to have been awarded such an incomparably prestigious prize. It makes me happy, moved and very humble to find myself among the amazing musicians who have previously been recipients of the Sonning Music Prize! The whole prize concert and the ceremony last Saturday in Copenhagen was a pure joy. The generous enthusiasm from the audience after each piece and the excitement from all the participants was so overwhelming. Thank you all!!

Seminar with Ted Johnson and Stanley Drucker on Clarinet Fundamentals

Mass Clarinet Choir in Rehearsal and Performance under Ted Johnson

Unique and noteworthy is the support for this event, totally organized by the Central Instrument Company, a retail firm run by Director James Stahl, and Masters Graduate of the Cleveland Institute of Music (CIM).  Not often is support of this cost support from solely the private sector compared to University sponsorships, and Instrument company supports.  Credit is very much due here for this generosity to the community at large especially to the participants.

Below is a Press Release of the Symposium:

May 10, 2014 -- Central Instrument Co., Cuyahoga Falls, OH, sponsored a day-long clarinet symposium attracting 150 participants of all ages and skill levels providing a rare opportunity to work with two of the greatest legends of clarinet.

Participants claimed the class was one of the highlights of the day.

With 150 clarinets representing the entire clarinet family from the small Eb soprano to large contra bass clarinet, the sound was pure heaven.  With all the musicians partipating in the final concert, the effect surpassed all preconceptions held by even the most adoring fan of the clarinet.  Theodore Johnson said, “It was a giant pipe organ-like sound.”

The Venner Clarinet Choir, a professional clarinet choir sponsored by the Central

Opening the ears of listeners was only a secondary goal.  James Stahl, owner of the Central Instrument Co., wanted to provide a broad-based marketing plan to promote

Theodore Johnson Mouthpieces and Ligatures.  Stahl claims he’s selling well over 700 TJ1 mouthpieces alone annually.  It is an amazing advancement for the clarinet and helps the developing musician with sound, response and superior intonation. TJ products are distributed by Conn-Selmer, St Louis Music, and American Way.

A very special thank you is extended to Mike Getzin and the World Clarinet Alliance for their appearance and strong support of this important project.

When it comes to clarinetists, they don’t get better than Jon Manasse, said Topeka Symphony Orchestra music director Kyle Wiley Pickett about the guest musician who was featured Saturday night at the final concert of the ensemble’s 68th season.

To complete his first season leading the Topeka Symphony, Pickett repeated a program he did with both of his former orchestras, the Juneau (Alaska) Symphony and the North State Symphony in Chico and Redding Calif., both of which were part of a consortium of 11 orchestra that in 2009 commissioned the piece Manasse performs, Lowell Liebermann’s Concerto for Clarinet and Orchestra.

Pickett said one of the reasons he was excited to take the Topeka job was it gave him an opportunity to perform the concerto again. He also has programmed it for next season at his other new orchestra, the Springfield (Mo.) Symphony.

“This pieces is absolutely phenomenal, absolutely amazing,” said Pickett, who added it is always a gamble to program new music.

“You never know exactly what you’re going to get when you commission a new piece, and, honestly, it might not be something that really excites you,” he said. “From the very first time I heard this piece, I knew we had a winner.”

“It’s jazzy, fun and romantic, and is also showcases Jon Manasse’s spectacular playing,” said Pickett, adding, “Jon is truly one of the greatest clarinetists in the world today.”

Manasse has played with the Metropolitan Opera orchestra, toured with the Cleveland Symphony, soloed with major orchestras all over the country and currently teaches clarinet at Juilliard.

“His tone is unlike any other clarinetist you’ll ever hear: perfectly smooth, clear, and absolutely gorgeous,” Pickett said. “Jon has been an astounding star every time I’ve seen him perform or worked with him, and I can’t wait for the people of Topeka to his this incredible talent.”

The clarinet concerto will come between the opening number, the overture to Ralph Vaughan Williams’ “The Wasps,” which Pickett described as “a whimsical and charming little virtuoso showpiece for the orchestra,” and the closing work, Antonin Dvorak’s Symphony No. 8. About that work, Pickett said: “Dvorak’s Eighth Symphony is one of those delightful symphonies that is chock-full of charm. It will literally make you happy from the start to the finish, and it will be a wonderful way to conclude this exciting season with the Topeka Symphony Orchestra.”

When he originally put together this program, he included the Vaughan Williams and Dvorak because both were proven audience-pleasers, just in case the Liebermann “bombed.” However, the new work has drawn the biggest ovations,