Richard Nunemaker has had a varied and prolific career as a symphony musician, concert soloist, recording artist, producer, educator and author. Richard Nunemaker played clarinet, bass clarinet and saxophone with the Houston Symphony Orchestra from 1967-2008. He also played principal clarinet and saxophone with the Houston Latin American Philharmonic Orchestra from 2012-2016. He was a member of the Chicago Civic Orchestra in 1966, the Louisville Orchestra from 1964-1966 and the Erie Philharmonic from 1962-1964. As present Nunemaker plays with the Erie County Wind Ensemble and the Buffalo Niagara Concert Band in Buffalo, NY.

Born in Buffalo, New York Nunemaker's career has run the gamut from managing his own dance bands in high school, to being in the pit for New York road show productions such as West Side Story, My Fair Lady and South Pacific. He is also a featured soloist both in recital and with symphony orchestras around the country.

A strong advocate of music by living American composers, Nunemaker has commissioned over one hundred works for clarinet and saxophone. As a record producer, he has produced and recorded five solo CDs featuring this music. He has been a featured soloist with the Houston Symphony Orchestra and on numerous occasions has appeared with that orchestra in live television and radio broadcasts. Nunemaker has recorded two CDs with the Houston Symphony Orchestra featuring the music of Benny Goodman and Artie Shaw. He has published three books, Scale and Chord Studies, If The Shoe Fits and The Effortless Clarinet.

Richard Nunemaker has a B.S. in Music Ed. and a Performers Certificate from SUNY @Fredonia and a M.M. and is a Alumni Fellow from the University of Louisville.

More information about Richard Nunemaker can be found at: www.RichardNunemaker.com 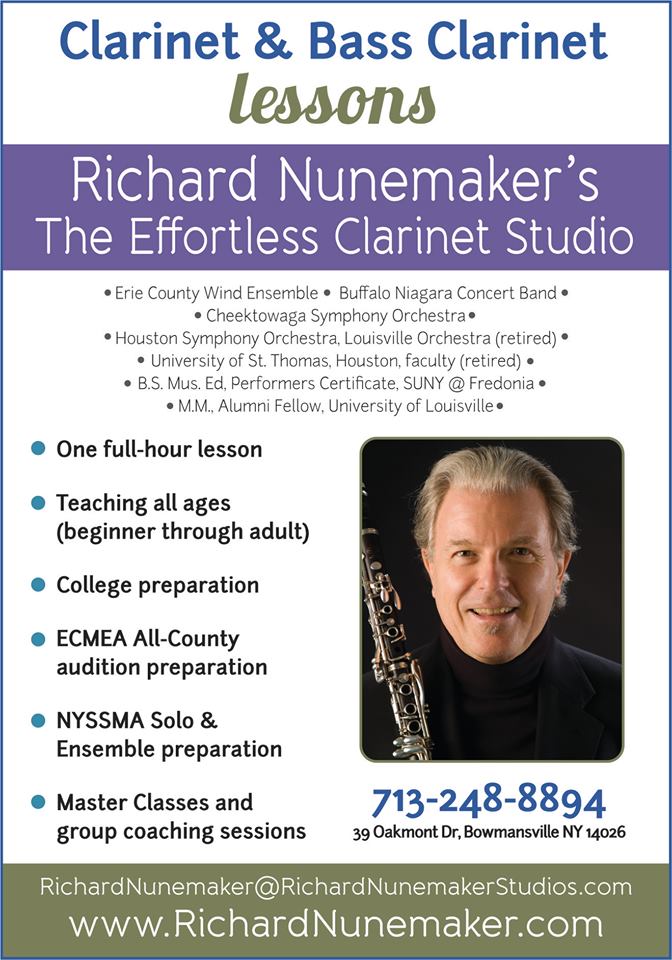 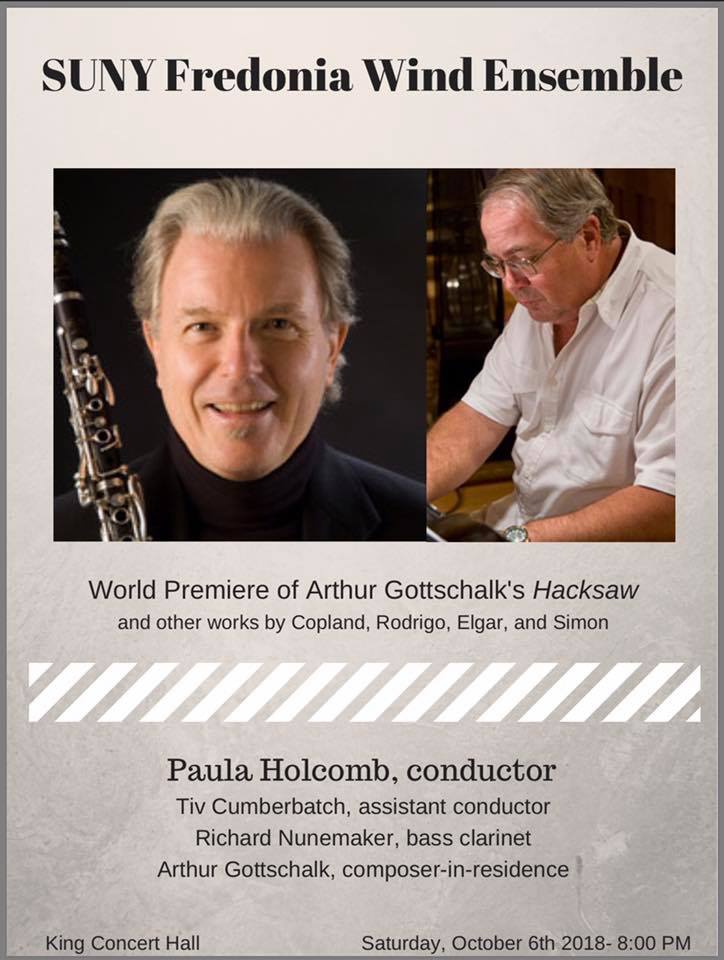 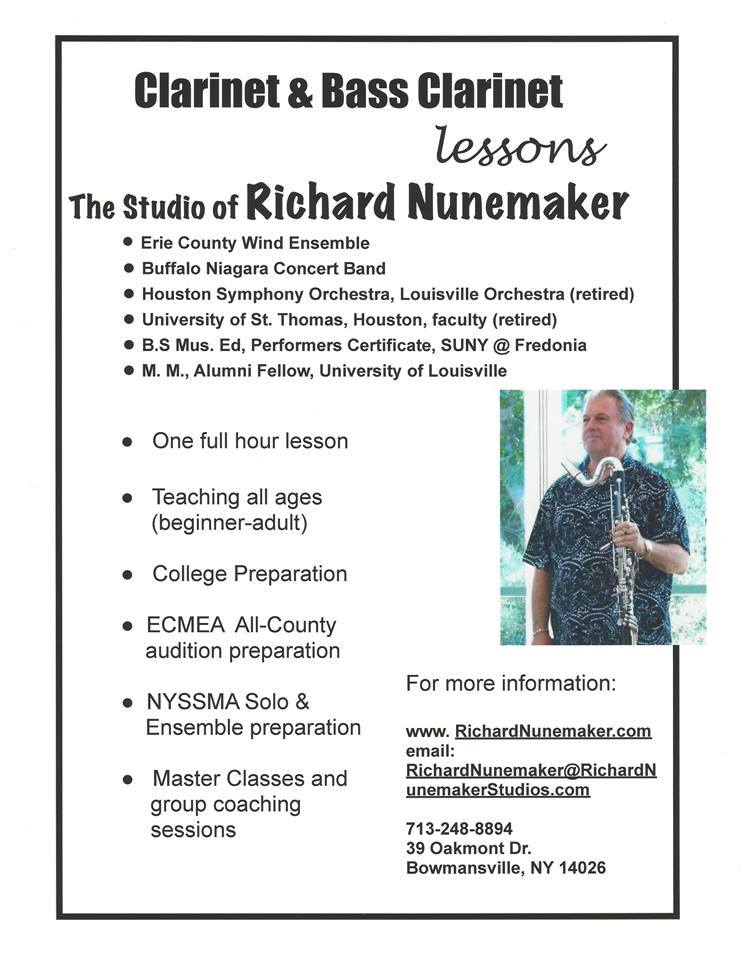