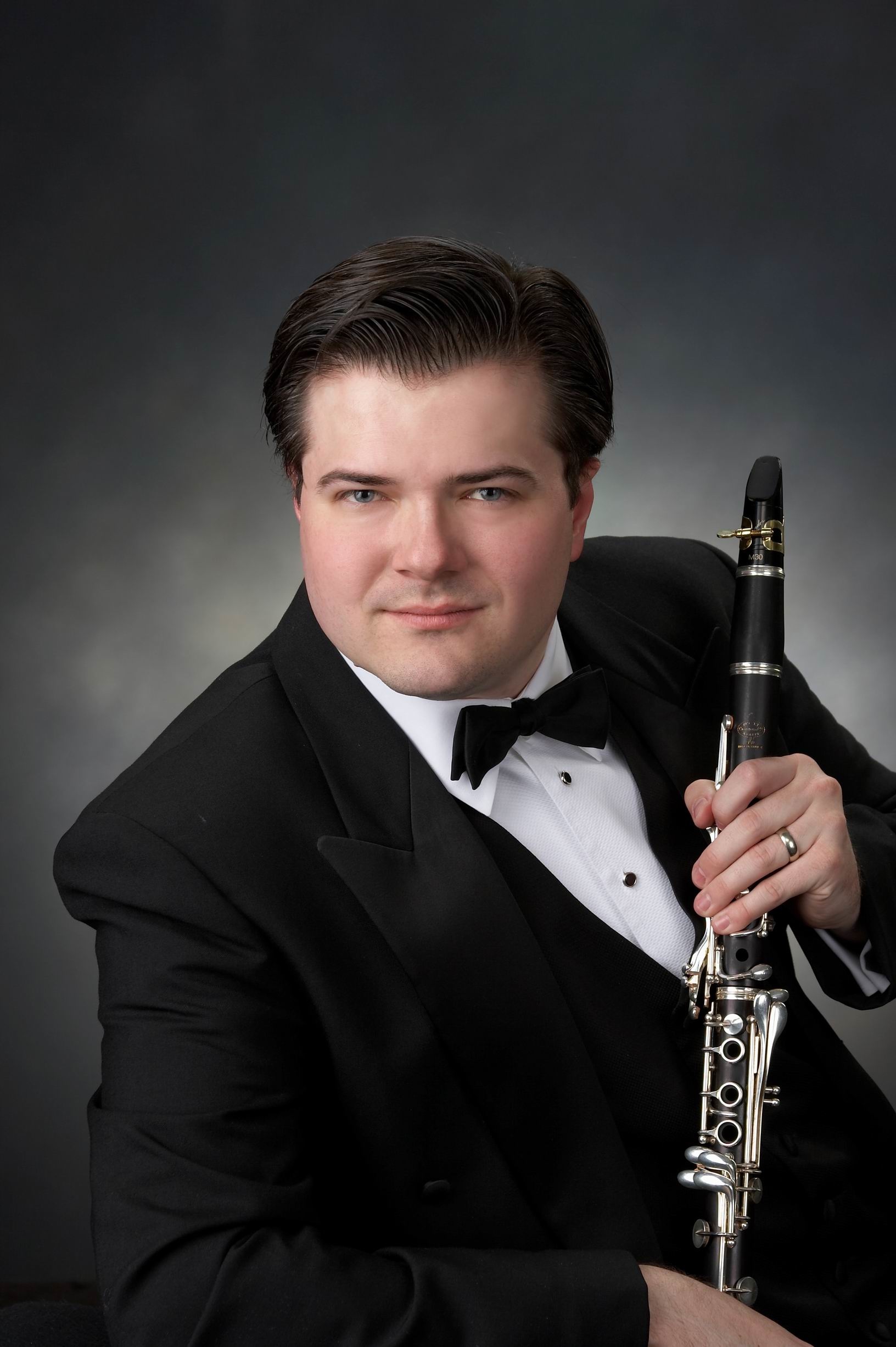 Chad Burrow - International Soloist; Professor at the University of Michigan at Ann Arbor

Chad Burrow, clarinet, was appointed to the faculty of the University of Michigan in 2009.  He is the winner of prizes and awards from the 2001 Young Concert Artist International Competition in New York City, the 2000 Woolsey Hall Competition, the 2000 Artist International Competition, and the 1997 Fischoff National Chamber Music Competition. The European press has said that Burrow performs with “brilliant technique and tonal beauty mixed with an expressive ferocity.”  In a summer of 2007 review, the Danish critic, Henrik Svane, went on to describe a Burrow performance as filled with "virtuosity, energy, and power without compromise."

In 2009, Burrow  appeared in concerts across the globe. 2009 brings a performance of the Mozart, Concerto in Taichung, Taiwan and performances in Strasbourg, France and Austria. Burrow will also be a featured performer during a series of Benny Goodman centennial concerts taking place at Carnegie Hall and Yale University. Other appearances include recitals in Oklahoma City, throughout Taiwan, University of Houston, Rice University, Notre Dame University, the University of Arkansas, and University of Western Illinois, among others.

The former principal clarinetist of the Oklahoma City Philharmonic and the New Haven Symphony, Chad Burrow was also the Associate Professor of Clarinet at the Wanda L. Bass School of Music at Oklahoma City University. In 2007, he was also named Principal Clarinet of the Quartz Mountain Music Festival, Clarinetist for Camerata Pangaea, Instructor at the Alpen Kammermusik Festival and Artist/Clinician for Buffet Crampon, USA.

In addition to his own schedule of performances, Burrow is the clarinetist for Duo Clarion, formed in 1999 at Yale University with pianist Amy Cheng.  Duo Clarion maintains an active series of performances throughout the United States, Europe and the Far East.  In 2009 New York Times critic, Steve Smith, called a Duo Clarion performance, “a bright and genial account.”  Duo Clarion’s work has been recorded and released by Albany Records and by Wei Studios.

Duo Clarion has garnered rave reviews and standing ovations from performances in Boston, San Francisco, Vancouver, Taipei, and throughout Denmark.  They have thrilled audiences in performances presented by the Amadeus Piano Festival, Norfolk Chamber Music Festival (CT), Music in the Pines Concerts at Stephen F. Austin State University (Texas), Stonington Opera House Summer Series (ME), Civic Music Association of Oklahoma City, Oklahoma City Chamber Music Series, OK MOZART International Festival, and the Chopin Society of Mid-America. They also have been featured in concert performances at national and international conferences, including the Society of Composers (2004 and 2009), the 32nd Annual Clarinet Symposium at the University of Oklahoma, and the International Clarinet Association’s 2007 Conference in Vancouver. Duo Clarion enjoys collaborations with other professional ensembles such as the Providence String Quartet and the Van Dingstee Quartet from the Netherlands and has participated in residencies with Community Music Works in Providence, Rhode Island.

Together, Amy Cheng and Chad Burrow serve as co-artistic directors for the Brightmusic Chamber Ensemble and its series of six mixed chamber music programs in Oklahoma City.  Burrow and Cheng are joined by violinist Sean Wang to form Trio Solari.

Chad Burrow has performed with a variety of chamber music ensembles at the Weill Recital Hall at Carnegie Hall, Chicago’s Symphony Center, and in Boston, Rochester, Salt Lake City, San Francisco, Denmark, Germany, and Austria. He has toured with the Schleswigg-Holstein Musik Festival Orchestra, Camerata Pangaea, and other chamber ensembles. Burrow has given master classes and lectures throughout Taiwan, the United States and Canada. He holds a bachelor of music degree from Northwestern University where he studied with Russell Dagon, and a master of music degree from Yale University, where he studied with David Shifrin.