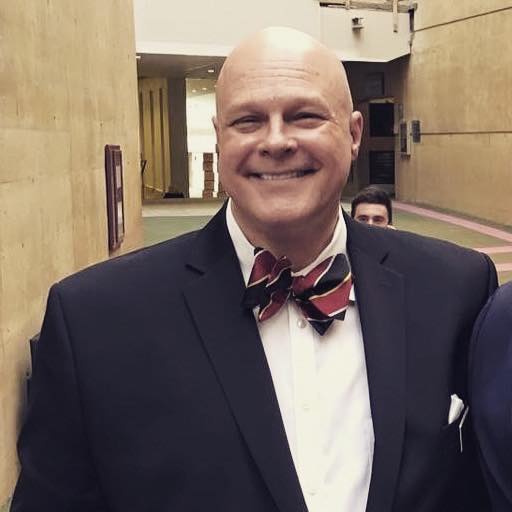 Dr. Randall S. Paul is a respected performer, scholar, conductor, and educator. He has performed as a soloist and conductor at the International Clarinet Association Convention, the Oklahoma Clarinet Symposium, The International Flute Association Convention, and the World Saxophone Congress. His performances have taken him as far as the Virgin Islands, Canada, Korea, China, and Japan. He has performed solo recitals throughout the U.S. including numerous prestigious venues including, The High Museum of Art in Atlanta, the Tampa Bay Performing Arts Center, the Lincoln Center Bruno Walter Auditorium, and twice at Carnegie Hall. His debut performance at Carnegie Hall received critical acclaim in The New York Times.

He served as guest conductor and soloist for the Cincinnati Civic Orchestra, the Miami Valley Junior Winds, and guest conducted the Cimmeron Circuit Opera Company with members of the Oklahoma City Philharmonic. In 2006-2007 he was the Conductor and Music Director for the Miami Valley Symphony Orchestra. His conducting mentors include Gervase de Peyer (London Symphony), Robert Shaw (Atlanta Symphony), and David Dworkin (NYC Metropolitan Opera).

His education includes study at Jacksonville State University, Ithaca College, the College-Conservatory of Music in Cincinnati, and The University of Oklahoma, where he completed his Doctorate in Clarinet Performance. His dissertation “An Investigation of Four Prominent Clarinet Reed Making Techniques” includes interviews with such notable performers and educators as Stanley Hasty of the Eastman School, Christopher Sereque of the Seattle Symphony, Robert DiLutis of the Rochester Philharmonic, and Robert Gilbert of the Cleveland Orchestra.

Dr. Paul is an Associate Professor of Music at Wright State University. He serves as the Ohio Chairperson for the International Clarinet Association and hosts an annual ICA Regional Clarinet Festival at WSU. He created and conducts the Clarinettes du Monde, a professional clarinet ensemble. He appears frequently at the Ohio Music Educator’s Convention as a performer and as a clinician. He has authored articles and appears often in The Clarinet, the official publication of the ICA, and has completed two national recording/CD projects. Recently, in 2006, he performed the United States premier of a new concerto for clarinet called Prairie Dawn by the Canadian composer Stephen Chatman.

Dr. Paul is an Artist/Clinician for the Selmer Instrument Company and is proud to represent the “Signature” clarinet

What the critics say

“Your performance of the difficult Prokofiev was very fine and let me congratulate you once more.”
-- Gervase de Peyer, London Symphony

“Dr. Paul’s contribution [dissertation] is outstanding, and destined to become a classic in its field.”
-- Michael Webster, Rochester Philharmonic and
San Francisco Symphony

"A MUST for Clarinet Teachers and Performers"
--Thomas Goolsby, NACWPI Journal

“I have nothing to say…nothing to add…fabulous performance!”
-- Harold Wright, Boston Symphony Orchestra

“I was exceedingly impressed by the performance [it] showed great musical qualities and a strong command of the instrument.”
-- Fred Ormand, University of Michigan

“What a beautiful experience listening to you. You represent the new frontiers of clarinet playing. Bravo.”
-- David Dworkin, NYC Metropolitan Opera