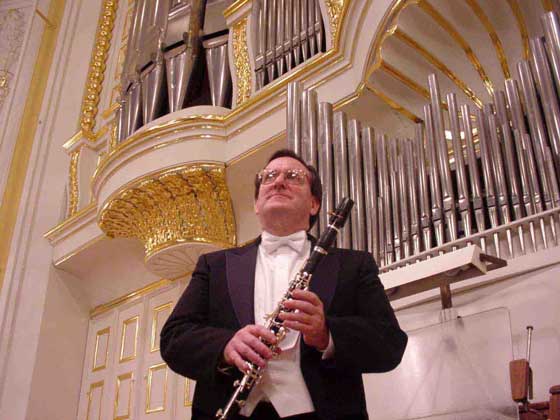 He was awarded the prestigious Naumburg Scholarship to study at Juilliard. While in New York he performed regularly with the New York Philharmonic, Musica Aeterna, Festival Winds and with the American Woodwind Quintet, which he co-founded. He also served as principal clarinetist with the National Orchestral Association under the direction of legendary conductor Leon Barzan (principal violist of the NBC orchestra at 18 years of age under Auturo Toscanini).