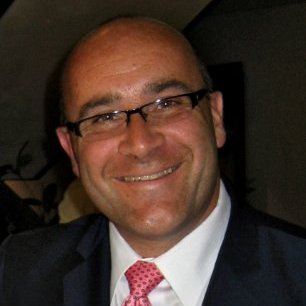 A native of Beauvais, France, François Kloc realized his interest in musical instrument production at a young age.  It was a television program on the life of the famous French violin maker Etienne Vatelot in 1981 that prompted the 14 year old François to pursue a new art form.  Music was certainly nothing new to François, who at seven began playing oboe and a year later was awarded the "Sujet du Royaume", a national young talent competition junior award hosted by Radio France (French National Radio).  In 1977, two years later, he competed again and won an intermediate award, the "Chevalier du Royaume."

While working towards his advanced diplomas in both oboe and bassoon performance at the Beauvais Music Conservatory, François began an intensive schedule of apprenticeships.  He received his introduction to oboe manufacturing at Mignot in Paris and later spent five years at Rigoutat, also in Paris, where he learned the art of manufacturing keys for all types of oboes.  His time at Rigoutat was interrupted for 1 year when he served as a musician in the 8th Division of the French Infantry, the band used for official functions at a Regional (Higher) level.  It was here that François honed his repair skills, as he was also responsible for the maintenance and repair of all of the instruments in the Division.

Upon completion of his apprenticeships, François began working at the musical instrument retail store, Bertet, in Grenoble, France, where he was the woodwind and brass instrument technician.  At the same time, he enrolled at the Institut Technologique Europeen des Métiers de la Musique, a European School for the instruction of musical instrument makers and technicians.  He began working in the wholesale music industry in 1991, when he became instrument technician and final finisher for oboes at F. Loree de Gourdon in Paris.

In 1995, François joined Buffet Crampon, the world famous French maker of oboes and clarinets and member of the Boosey & Hawkes group of companies.  During his two years at Buffet Crampon, he and René Lesieux, Research and Development Manager for Buffet Crampon products, worked on innovations within the clarinet and oboe families.  In addition, he traveled to Germany to view and assess the manufacturing of bassoons and saxophones at Schreiber and Keilwerth, both companies of Boosey & Hawkes.

François moved to the United States in January of 1997 to work as Woodwind Product Specialist at Boosey & Hawkes Musical Instruments, Inc., the North American distributorship for Boosey & Hawkes group products.  He became a major creative force at Boosey & Hawkes, implementing the Platinum Service, a quality control program, as well as providing effective feedback to the Buffet Crampon, Schreiber and Keilwerth factories.

François is married to Sheila and they have 3 children, Felix (16), Lucy (14) and Charlotte (12). Francois is past president of the Alliance Française of Jacksonville and is the Honorary Consul of France in Jacksonville.