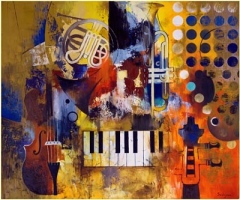 The St Martin's Chamber Music Competition embodies St Martin's commitment to the discovery, nurture and promotion of new and emerging musical talent and continues a long history of musical excellence and artistic contribution at the heart of London. With the support of Making Music, the competition is able to offer winners the opportunity to establish and develop a performance profile throughout the UK.

Now in its second year, the St Martin's Chamber Music Competition (SMCC) is a collaborative venture between St Martin-in-the-Fields and Making Music. Building on the long and illustrious histories of both organisations supporting the development of local and international musical talent, the SMCC provides an invaluable stepping stone in the career of young chamber musicians. The competition offers winners the chance to perform throughout the UK in a series of professional engagements through Making Music's member network.

2010 competition winners, the Piatti Quartet filled an initial quota of twelve performances through within three months of winning the competition in April 2010 and are continuing to take regular bookings. As winners, Piatti has also enjoyed support from St Martin-in-the-Fields in the form of one year's free rehearsal space.

For further information or to support the SMCC please contact: 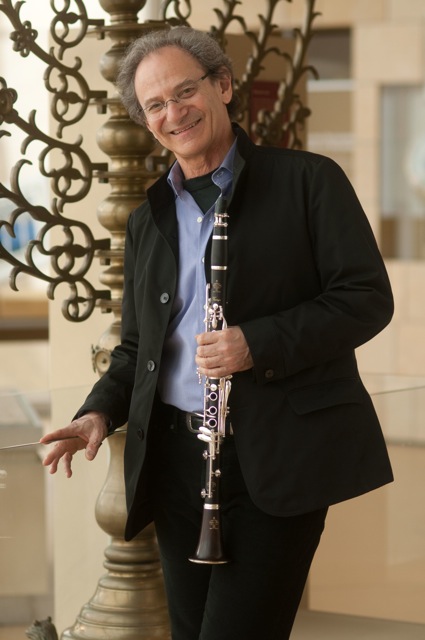 2 and 4 December 2010
Franklin Cohen Soloist in Nielsen Clarinet Concerto with Cleveland Orchestra
2 PM - Midnight
250 West 54th St - Suite 612
New York City
An annual event this season from Vandoren to all its customers and professionals will convene with a 6 hour party at the USA New York Headquarters with key Officers and movers in attendance including Artist Director David Gould, and DANSR President Michael Skinner who is coming in from Chicago.  DANSR is the US distributor for Vandoren France.  As the afternoon progresses, several artists from the New York area will visit and party with fellow colleagues, many of whom are noted artists from the Classical and Jazz scene.  Later that evening there is that VandoJam which is a jam set of sessions of players who come to make music informally which lasts about 4 hours next door at a restaurant, pub.  The event is a remarkable venue to meet players and catch up on the year's activities and have a great social time.  The who's who in the music field attend for this very reason.
Cristo Barrios’ debuts at Major European Centers in December and February 2011

Cristo Barrios’ debut at the Auditorio Nacional in Madrid

Cristo Barrios will perform in duo, with pianista Gustavo Díaz Jerez, at the Auditorio Nacional in Madrid (chamber hall) next December 8 a las 20:30. The programme will include pieces by Manuel Bonino, Gustavo Díaz Jerez, Juan Manuel Ruiz, Laura Vega and Gustavo Trujillo.

END_OF_DOCUMENT_TOKEN_TO_BE_REPLACED

Cristo Barrios will make his debut recital at the Konzerthaus Berlin

December 18, at 8:00 pm, Cristo Barrios will perform in one of the most important concert halls in Europe, the Berlin Konzerthaus. It will be a recital for clarinet and piano, accompanied by his current pianist, Clinton Cormany.

END_OF_DOCUMENT_TOKEN_TO_BE_REPLACED

Cristo Barrios makes his debut at the Concertgebouw in Amsterdam

Next December 3 at 8:15 pm Cristo will make his debut recital in one of the most important concert halls in the World, the Concertgebouw, Amsterdam. He will play in duo with pianist Gustavo Díaz Jerez in the chamber hall.

END_OF_DOCUMENT_TOKEN_TO_BE_REPLACED

The Pharos Trust (www.thepharostrust.org) from Cyprus, an cultural organization that organizes concerts for artists from all over the World, just signed contract with Cristo Barrios for a concert where he will play with one of the best young British string quartets of today, the Elias String Quartet.

END_OF_DOCUMENT_TOKEN_TO_BE_REPLACED

Next February 18th at 7:30 pm, Cristo Barrios will make his first important performance of 2011 in one of the most important halls in Europe, the Wiener Konzerthaus. He will appear in duo with pianist Gustavo Díaz Jerez.

END_OF_DOCUMENT_TOKEN_TO_BE_REPLACED
December 15-18, 2010
Chicago, Illinois
This Internationally respected Music Education Conference is one of the most important programs given annually with a full-time array of activities, including performances by invited School and University Ensembles and the US Major Service Bands. The below Clinic given by Robert Spring should be of vital interest to Clarinetists of all levels.
Clarinet Technique 101: It is a Requirement, not an Elective

Students may submit an application no later than November 15, 2010.
Applicants must submit a typewritten letter with:
applicant’s name
address with zip code  telephone number  school  grade
email address
It must also include a signed verification statement by the applicant’s band
or
orchestra director and a parental statement agreeing to appear, if selected as winner.

Adjudication will take place in December 2010 and the winner will be notified promptly.  DVD audition videos will be evaluated by a panel of five distinguished judges, each a respected professional of national reputation.  A prize of $500 will be awarded to the winner, along with the opportunity to perform a solo work with a major University or Military Band.  The Jupiter Corporation will sponsor all expenses associated with the winner’s solo performance. All application forms, five (5) performance DVDs, and $25 registration fee should be submitted to:

Checks should be made payable to the John Philip Sousa Foundation.

The National Young Artists Solo Competition is open to high school students who are between the ages of fourteen and nineteen.  Competitors should perform two contrasting movements/sections from the following solo literature:

The DVD must be a single unedited performance by the competitor without breaks, other than between movements of a composition.  The contestant must be enrolled as a regular, full-time high school student and be a member of the school concert band or symphony orchestra at the time of the competition performance.  This would indicate that the audition video would be made no later than the fall of a student’s senior year in high school.  The jury may declare a “no winner” decision at its discretion.  In addition to recognizing the winner, the jury may also recognize several superior performances of outstanding merit.  Unless there is an objection from a contestant, the Sousa Foundation will make the names of these outstanding finalists available to college, universities, and schools of music when requested by these institutions to do so.  Performance feedback will be provided by to all auditioners.


MEMBERS OF THE SELECTION COMMITTEE

The John Philip Sousa Foundation is a publicly sponsored educational foundation organized for the purpose of sponsoring and administrating projects contributing to the excellence of bands and band music throughout the world.  The Foundation is governed by the executive committee which receives suggestions, advice, and input from the board of directors and the executive board.  Projects of a special nature related to the interests of the several band organizations are coordinated with these groups for their specific input.  No officer of the Foundation or committee member, excepting the attorney and the tax accountant, receive any salary or compensation for services.

(Application must be typed.) 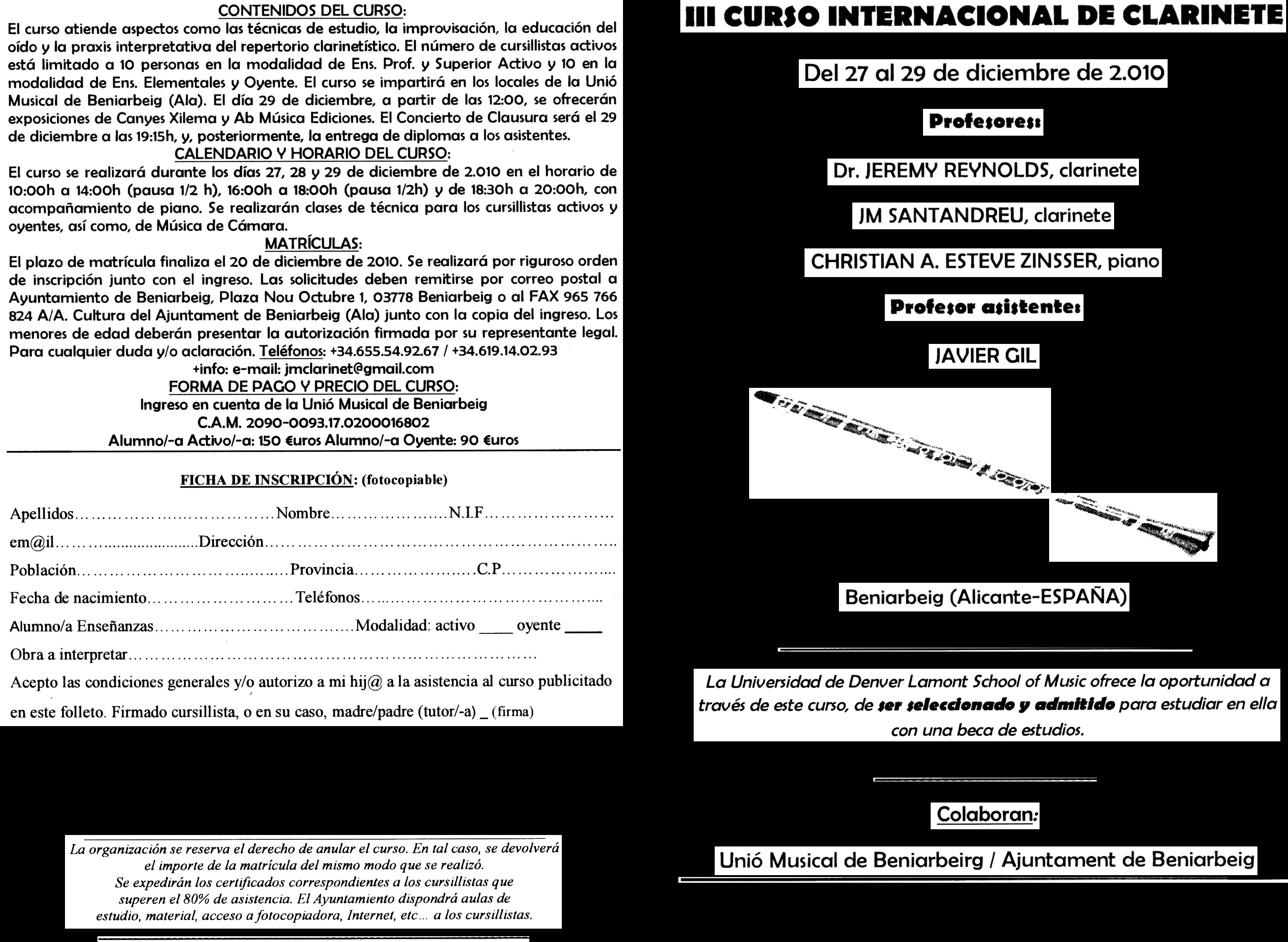