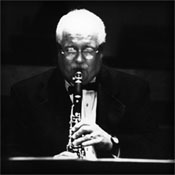 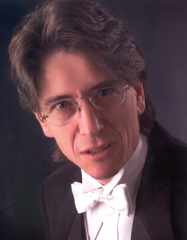 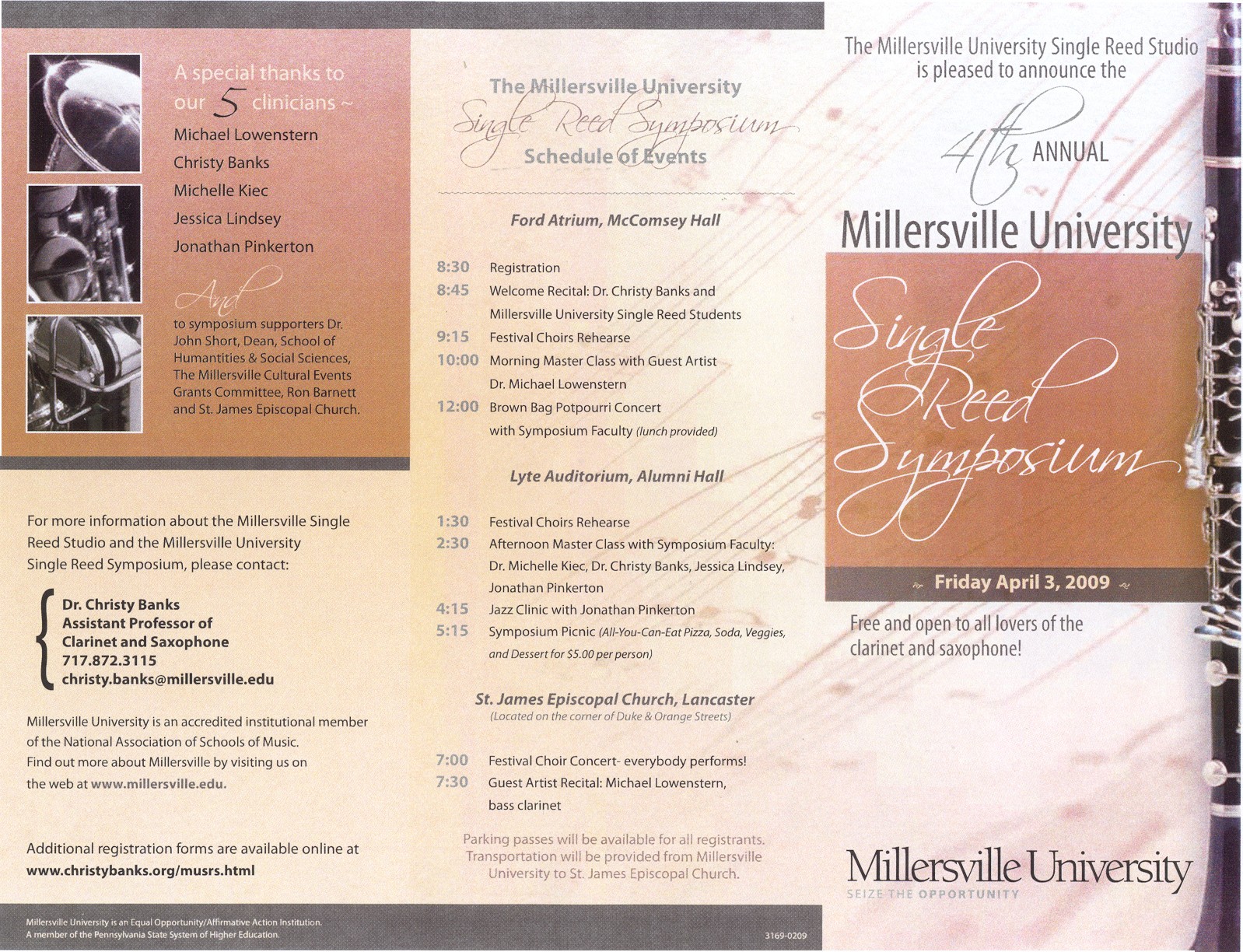 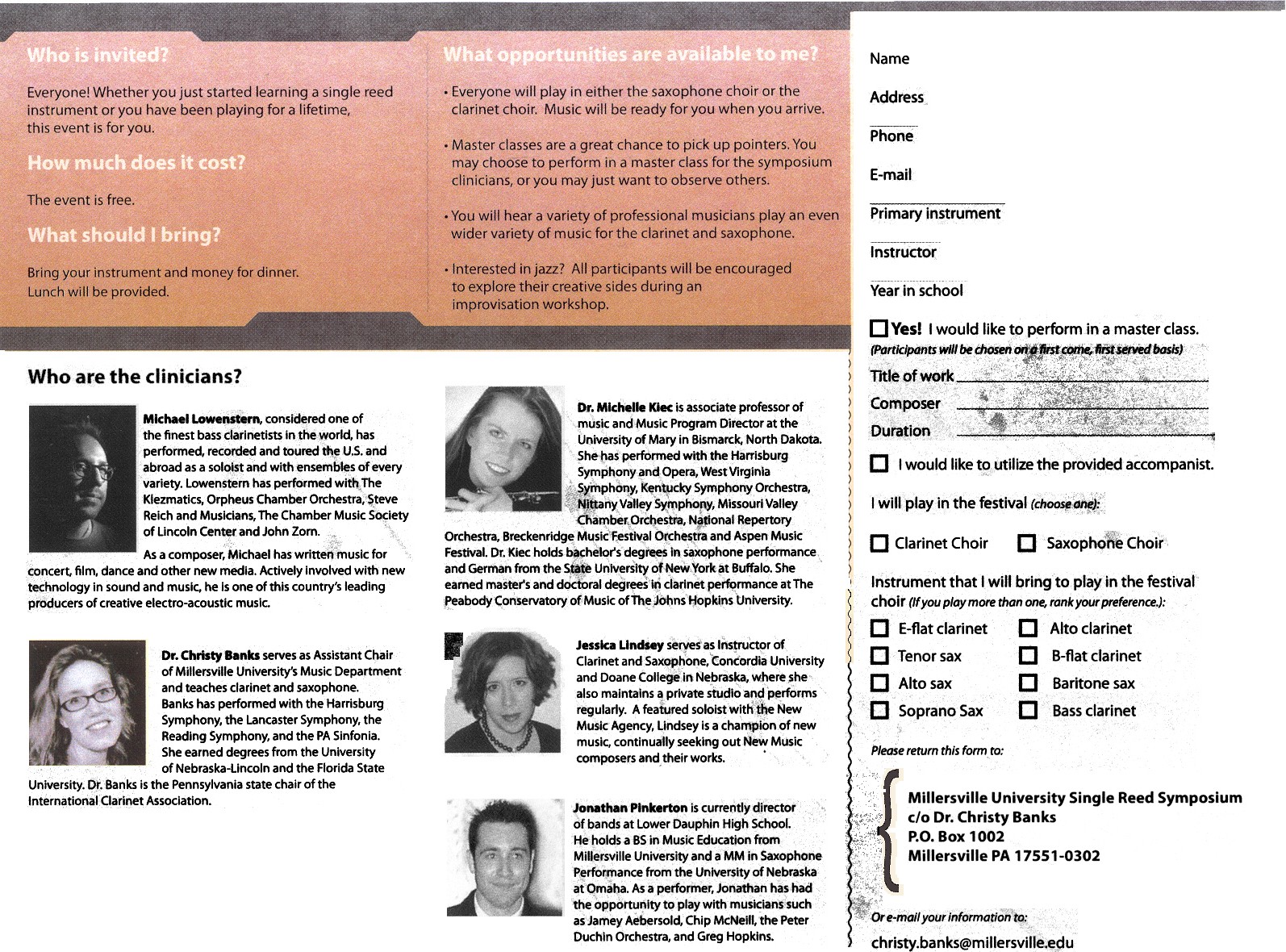 Clarinet Cornucopia is a festival for clarinetists who enjoy playing and learning about their favorite instrument and its extended world. Founded in 2001, Clarinet Cornucopia focuses on a different theme each year. All events take place in the Music Building on the campus of Northern Illinois University in DeKalb, Illinois. This year, we explore “Clarinets in Motion.”

SPECIAL FEATURES OF THE DAY

Clarinet Cornucopia Choir: All participants are invited to join the Clarinet Cornucopia Choir, which has become a popular tradition. Directed in 2009 by Patrick Sheehan, the group rehearses twice during the day and is featured in performance at the 8 p.m. concert. All participants should bring a B-flat soprano clarinet if they have one, as some pieces may only have parts for this instrument. In addition, the ensemble needs alto, bass, E-flat contra, and B-flat contra clarinets. Note your instrument/s on the registration form. We will mail music to those who register by March 1.

Clarinet Trios and Quartets – A COMPETITION! Clarinet trios and quartets are invited to compete and perform. Any combination of clarinet family instruments is welcome to play for a maximum of 10 minutes. Groups may enter in one of two categories, High School Age and Open (college-age and adult). There is an entry fee of $5 for each trio or quartet member. Winners receive a trophy and/or prize.

Lunch:  Box lunches with a choice of turkey or cheese sandwich, piece of fruit, cookie, chips, and bottle of water will be available for $8. Indicate your sandwich preference and the number of lunches you want to order on the registration form.

A list of restaurants will be available at the registration table for those who prefer to make other plans.

Recital: At 1 p.m., Steve Cohen performs a recital of clarinet music that is related to dance and motion. Joining him are physical theater artists T. Daniel and Laurie Willets and clarinetist Greg Barrett, associate professor at NIU.

Concerts: At 7 p.m., Ensemble Performances. This includes the ensembles competing in the Clarinet Trio and Quartet competition. Winners will be announced at the 8 p.m. concert. Note: If your clarinet ensemble would like to perform for this concert, contact Dr. Barrett by February 1.

Hotel: A block of rooms has been reserved for the nights of April 3 and 4 for participants at the Holmes Student Center Guest Rooms on the campus of Northern Illinois University. The rooms cost about $60 (not including tax) for a single or double and may be reserved by calling (815) 753-1444 by March 30. Mention the name of the event to the desk clerk for this rate. For a list of other DeKalb and area hotels, call (815) 753-1450.

Registration: Print and complete the registration form and mail with your payment to: Office of External Programs, College of Visual and Performing Arts, Northern Illinois University, DeKalb, IL 60115. Your form must be accompanied by your payment. You may pay by check (payable to Northern Illinois University) or credit card. A campus map is available on our website.

Note to people registering as a group: We need a completed registration form for each participant. Photocopy the form as needed for each person.

Note to trios and quartets registering for the Competition: Each individual is expected to register for the day and list the name of the trio, quartet or the other members on the form. Be sure to add an additional $5 to the registration fee when you are registering as a member of a competing ensemble. 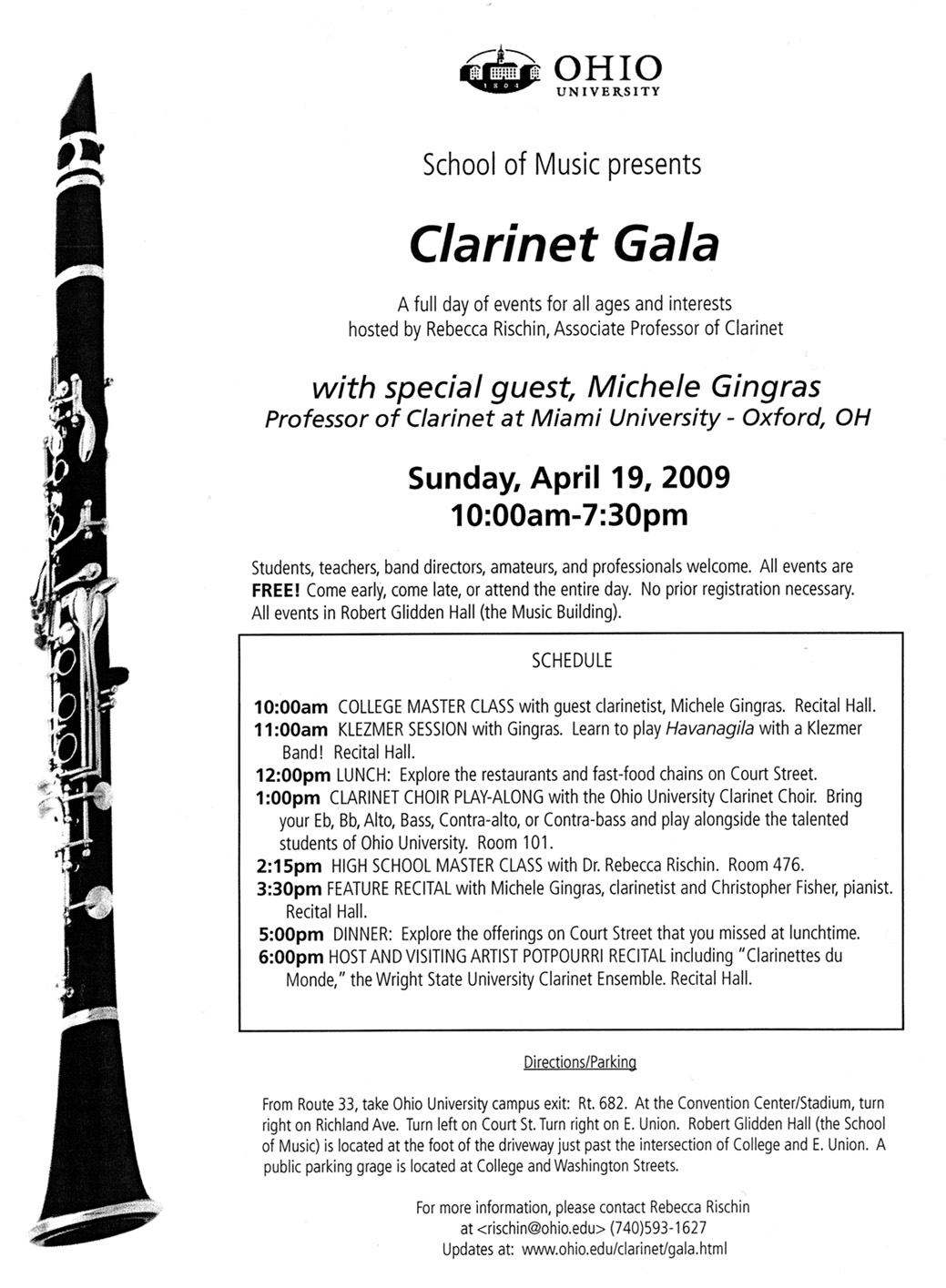 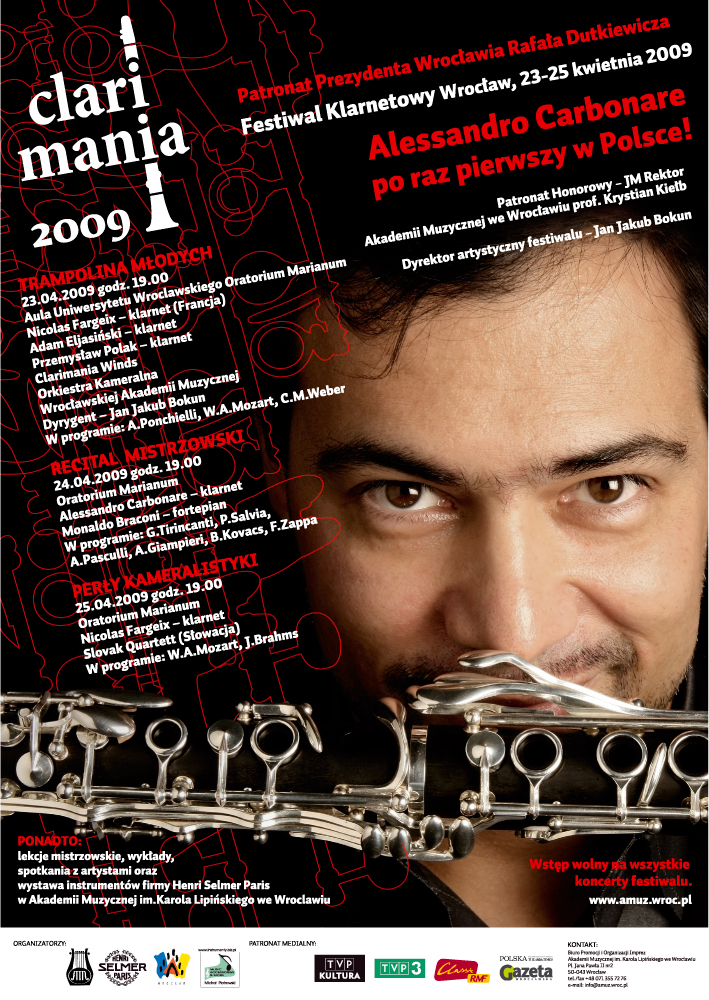 The 1st International Clarinet Competition, as part of a larger Competition engaging other instruments including string quartets, approved by the Chinese Ministry of Culture, and including an Artist Jury of 13 Internationally respected musicians and Educators, will convene on the dates 24 April through 6 May.  Details regarding all aspects regarding eligibility, rules governing this competition, required repertoire, and prizes that include cash incentive awards, touring in China with Orchestra, CD Productions of winning contestants, and broad International recognitions.  Of interest to our WKA members and the World Clarinet Community is that 4 judges on the Beijing Competition are WKA VIP's-  Charles Neidich, Juilliard Professor and renowned International Soloist, Evegny Petrov, Professor at the Moscow Conservatory, Wenzel Fuchs, Solo Clarinetist in the Berlin Philharmonic, and Phillippe Cuper, Solo Clarinetist and International Soloist from the Paris Opera. 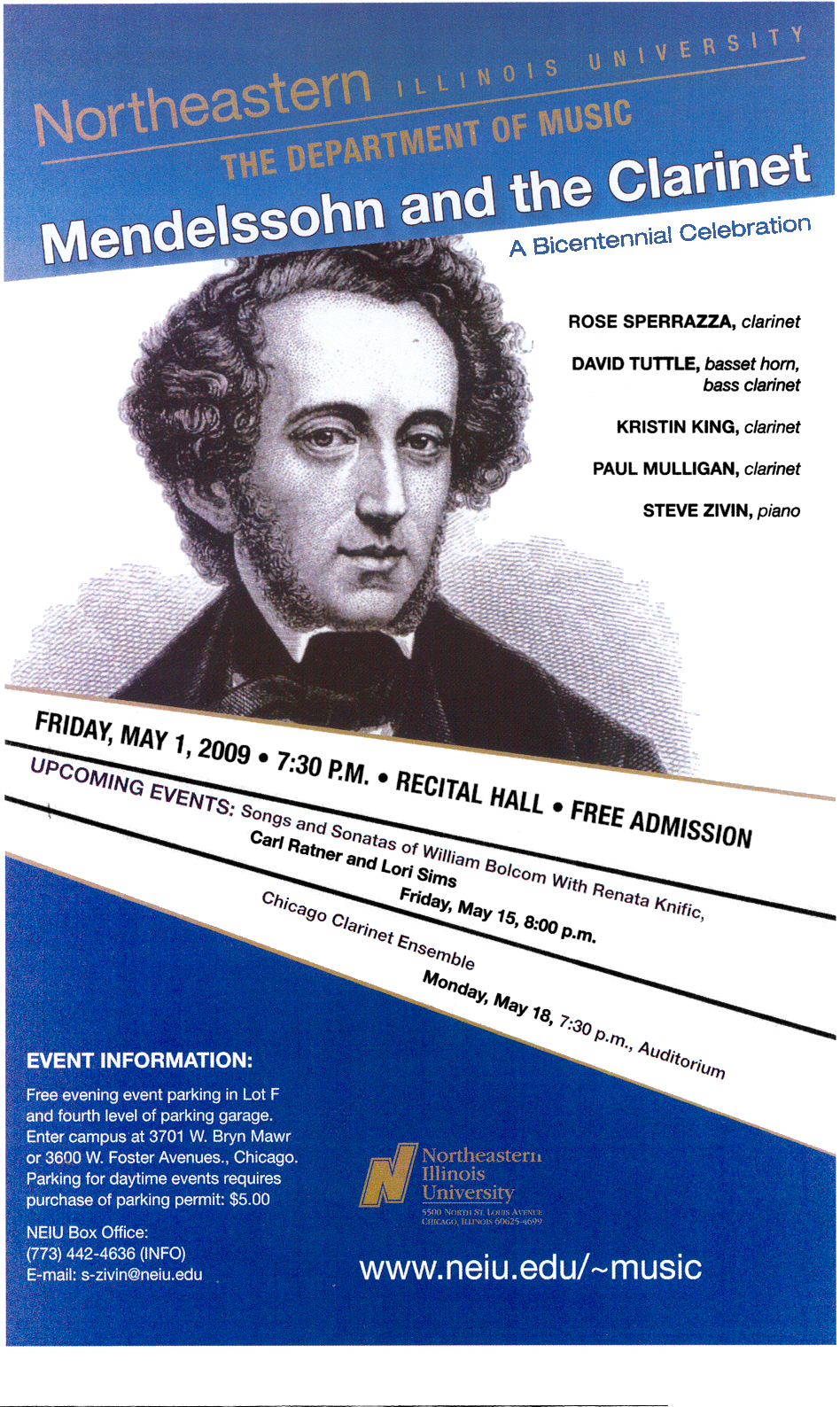 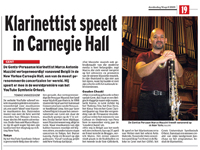 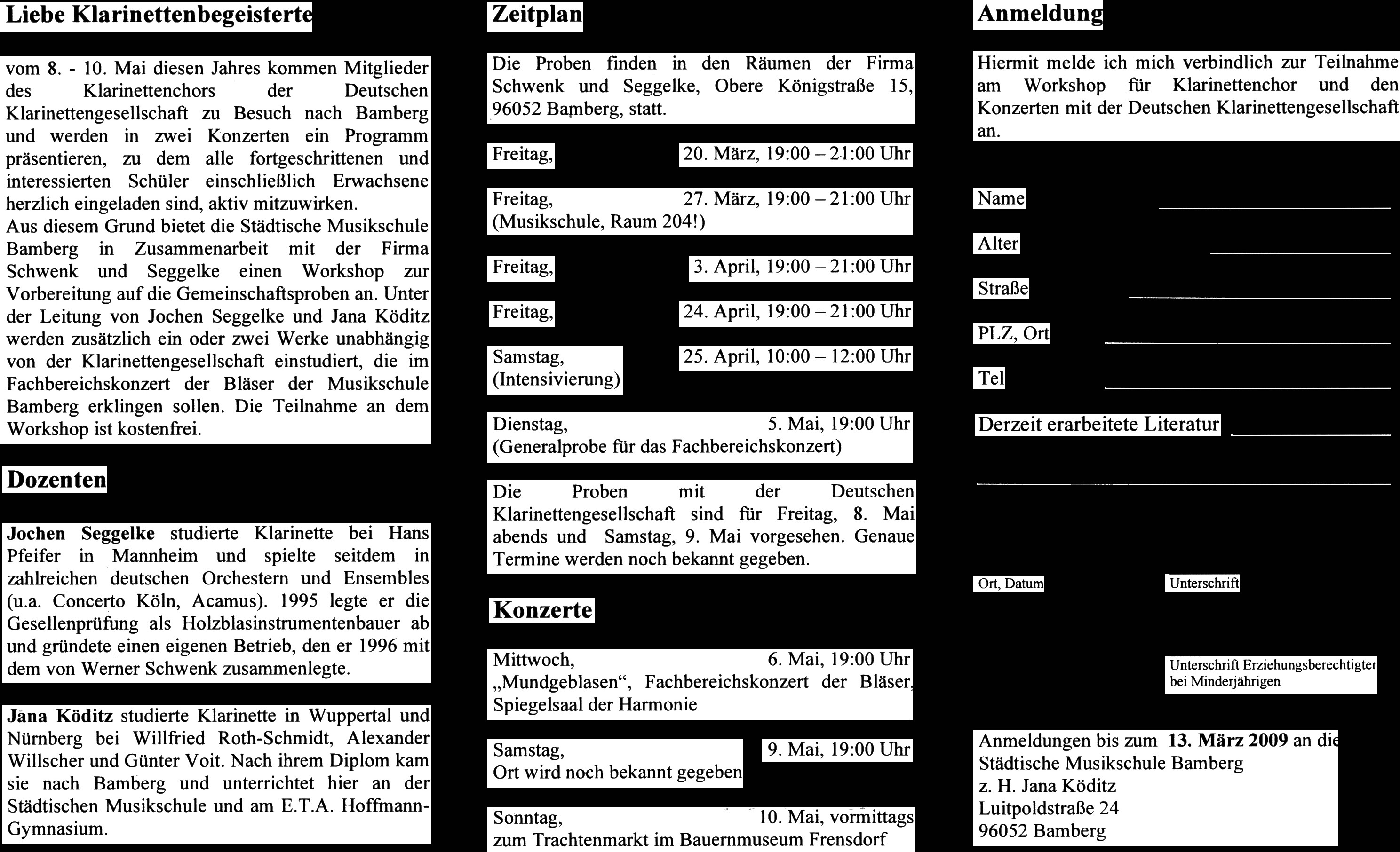 Stolzel Concerto in D for Trumpet
John Hagstrom with the CCE

Trumpeter's Lullaby by Leroy Anderson
John Hagstrom with the CCE

So It Goes with Rose by Leo Schwartz
Clarinet Septet 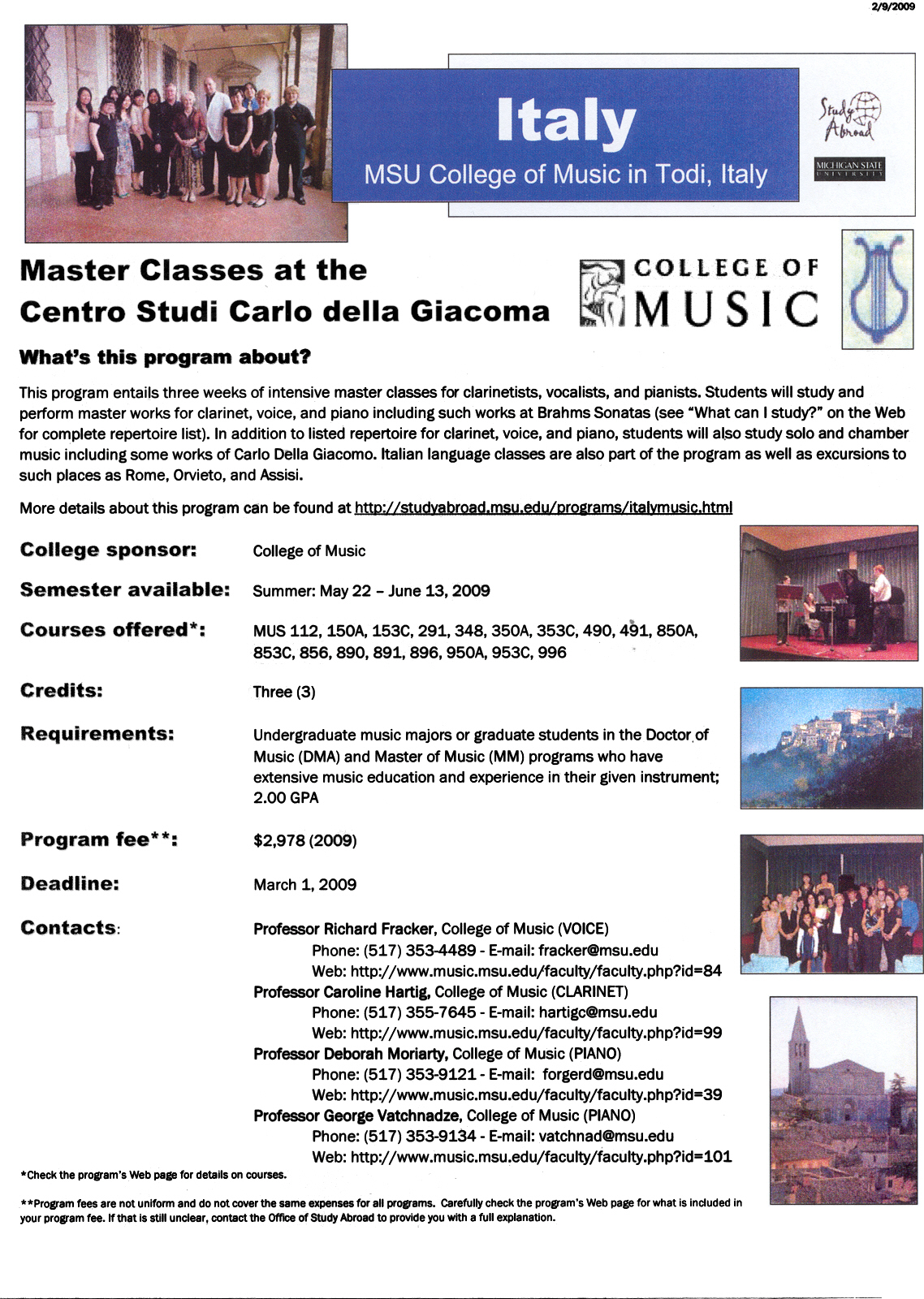