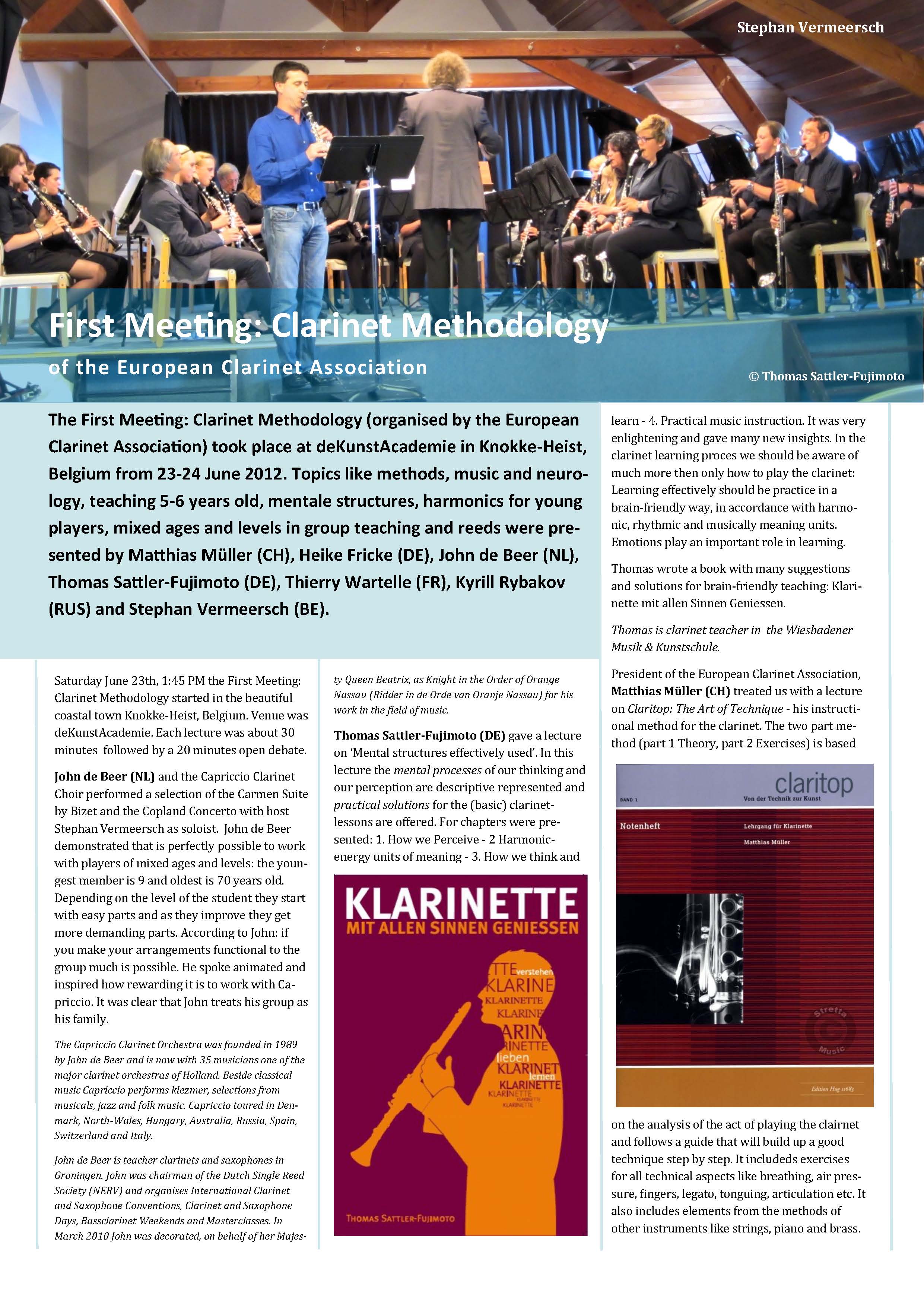 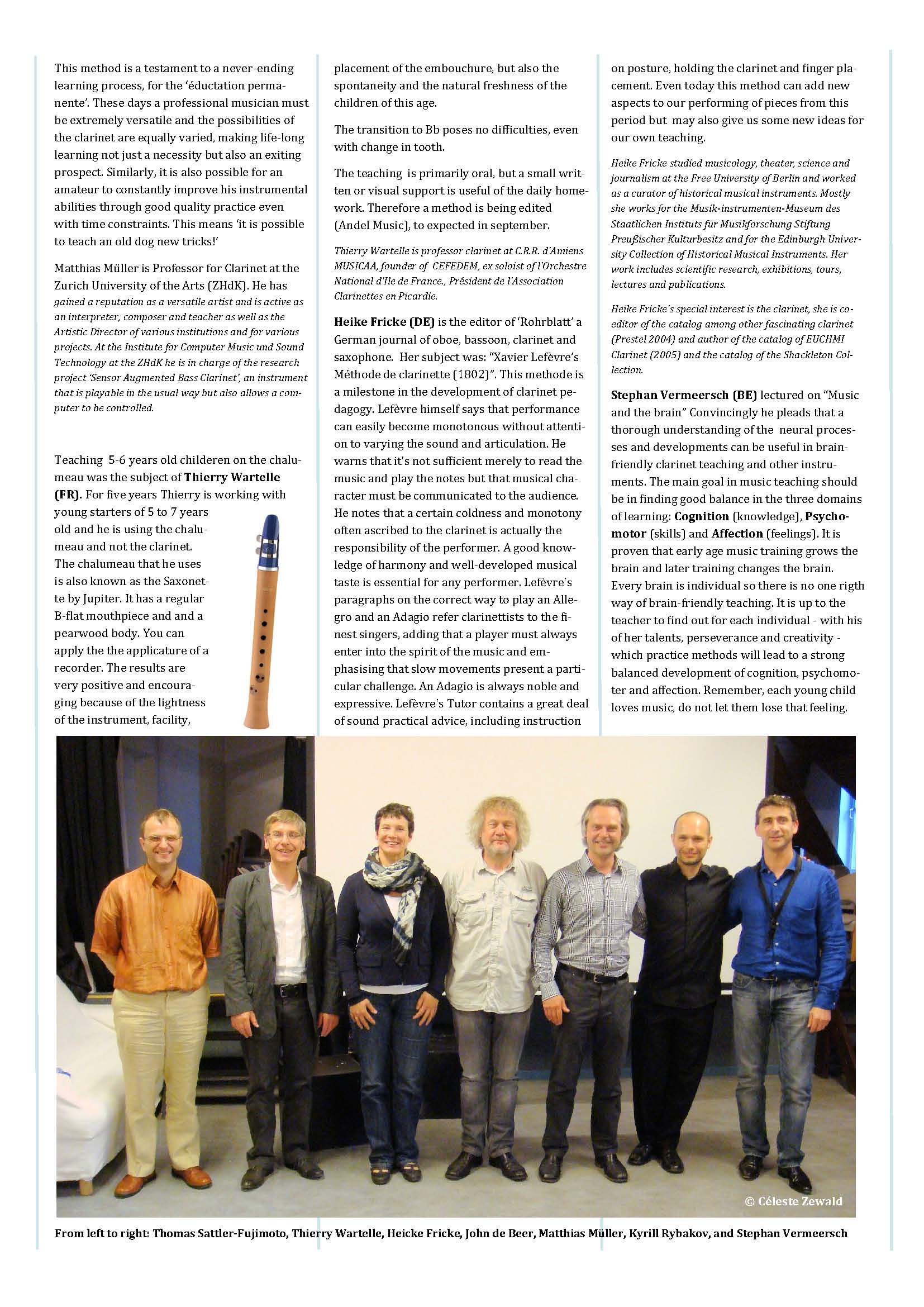 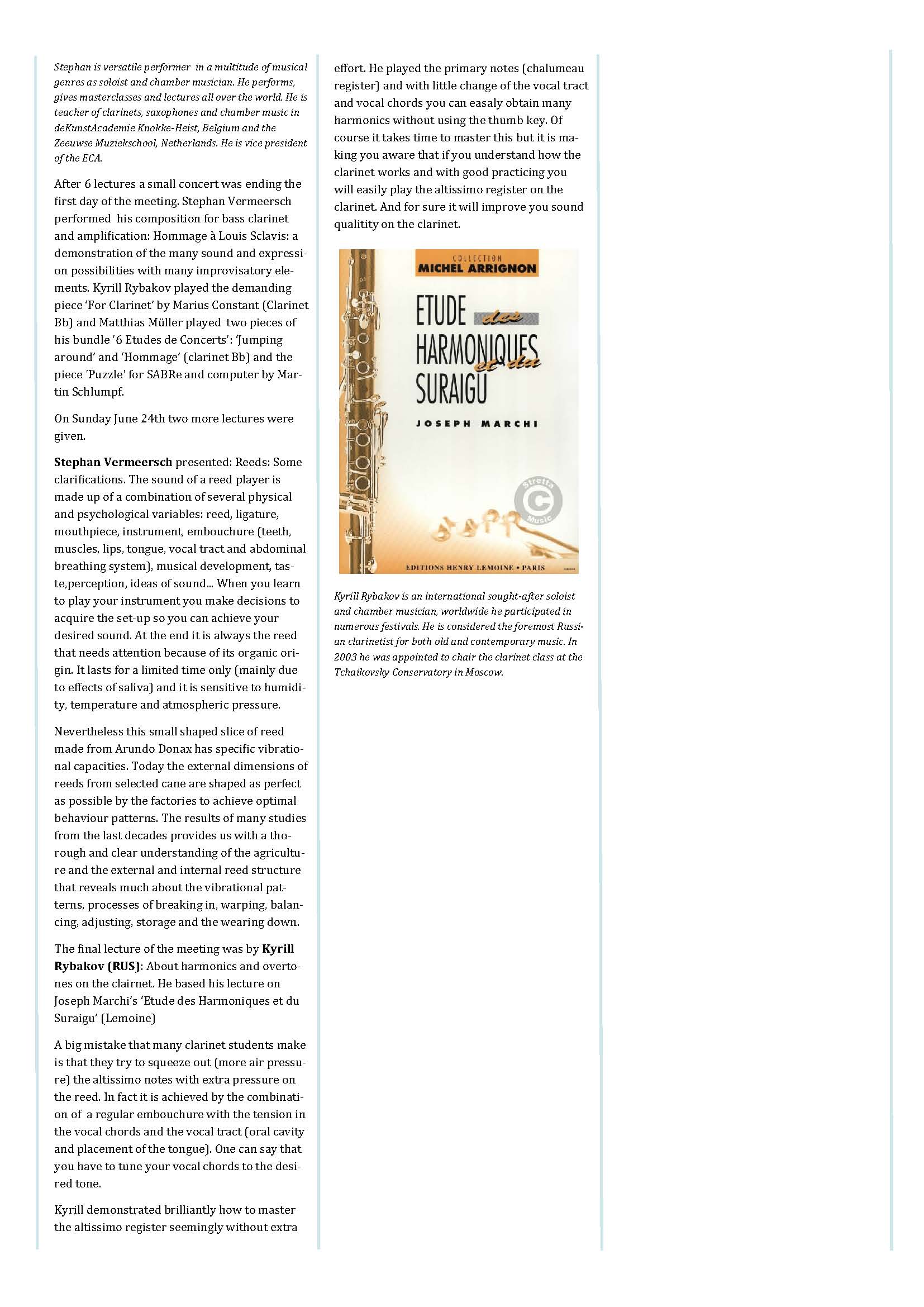 To Play is to Blow-- To Blow is to Play recital at University of St Thomas - Richard Nunemaker, Director

Thirty-one clarinetists from as far away as the Dominican Republic, Canada, Montana, Texas, Virginia and Georgia met on the campus of Michigan State University for Clarinetopia 2012 between June 13 and 17.  They shared four concentrated days of master classes, faculty and student recitals, and faculty presentations, which included reed making and adjusting, yoga and breathing, audition preparation, intonation, efficient practicing, and contemporary techniques.  On the faculty were two New Yorkers, Charles Neidich and Alan R. Kay; two representatives from MSU, Elsa Ludewig-Verdehr and Caroline Hartig; and two Houstonians, Michael Webster and Leone Buyse, who likes to refer to herself as “the token flutist.”

The festivities were kicked off by a Verdehr Trio recital (Elsa with Walter Verdehr, violin, and Silvia Roederer, piano) celebrating the beginning of their 40th anniversary year.  Their program was an extraordinarily varied sampler chosen from among over 200 works written for the trio.  The composers represented were James Niblock, Ricardo Lorenz, Peter Sculthorpe, Gernot Wolfgang, Gunther Schuller, Stephen Chatman, and Libby Larsen.

Charles Neidich’s printed program had music by Berg, Brahms, Prokofiev, and Sarasate, and an unscheduled bonus – Moonflowers Baby by Meyer Kupferman.  Always seeking new horizons, Charlie played the Brahms on an Ottensteiner replica of Richard Mühlfeld’s clarinet and probed the stratosphere with his own versions of flute and violin music in their original registers.  Collaborative piano responsibilities were divided equally between Jun Okada and Shu-han Lu, who did a superb job and also accompanied all of the student master classes and recitals.

The students played mostly standard repertoire in five master classes and performed the same repertoire in two student recitals.  Improvement was palpable, and everyone enjoyed hearing growth in as little as two days.  Among the many student comments were: “I loved how open and giving all the members of the faculty were.  Enjoyed yoga, breathing and collective warm-ups!!  Master classes were beyond interesting!  I went crazy taking notes!  I feel eager to practice!  Faculty concerts were a treat!!  Loved it all!!!!”  And that was from just one student.