250th Anniversary of the birth of Wolfgang Amadeus Mozart

2006 marks this special anniversary commemorating this legend composer.  Of interest to Clarinetists, many

performances of his music are slated to be performed as part of this special year.  Below are Mozart Concerto

performances by noted artists as will be updated as they come about.   There are several resource sites covering this

year of celebration including: 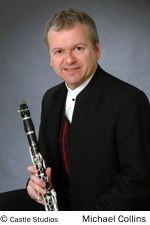 The London Mozart Players, conducted by Andrew Parrot, performed this as a series of programs commemorating the

The highlight of the weekend so far was Michael Collins' sterling performance of the Clarinet Concerto, K622.

It is one of Mozart's final pieces, and is a masterpiece of the highest order, even for him. The first movement had a joie de vivre

about it that drew smiles from the whole audience. Collins' eager communication with the conductor allowed exciting risk-taking

that drove the musicians' virtuosity to the limit. Lyricism and exquisite phrasing characterised the second movement, whilst the

third combined cheekiness, technical finesse and a synchronization of purpose between orchestra, soloist and conductor. 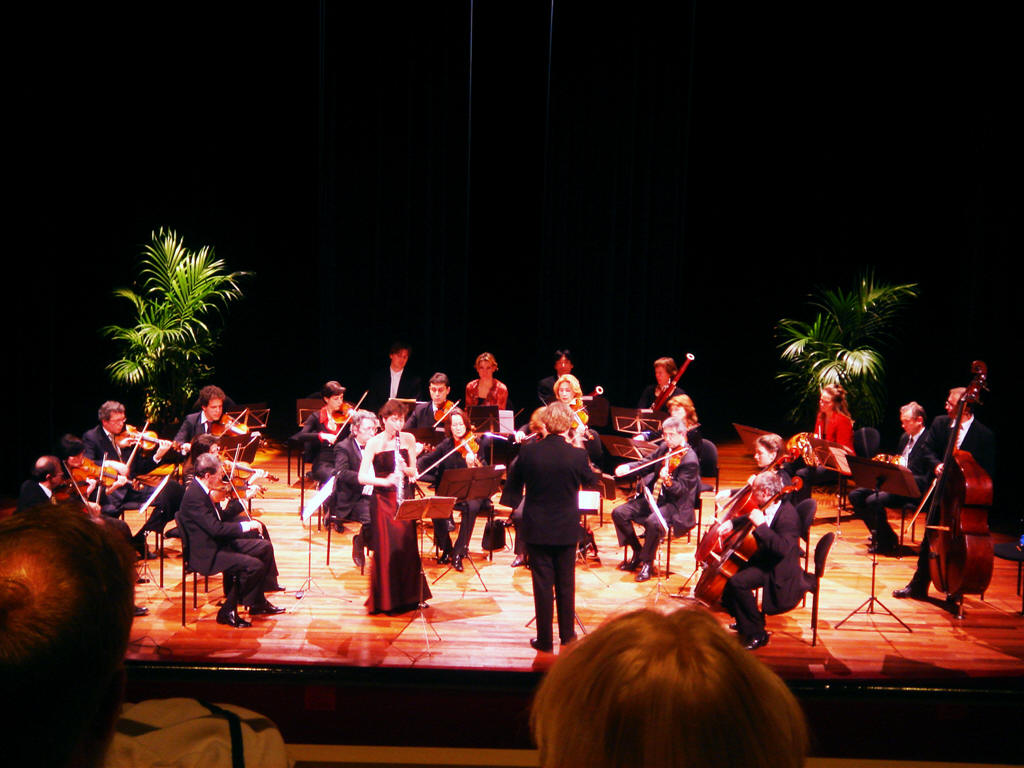 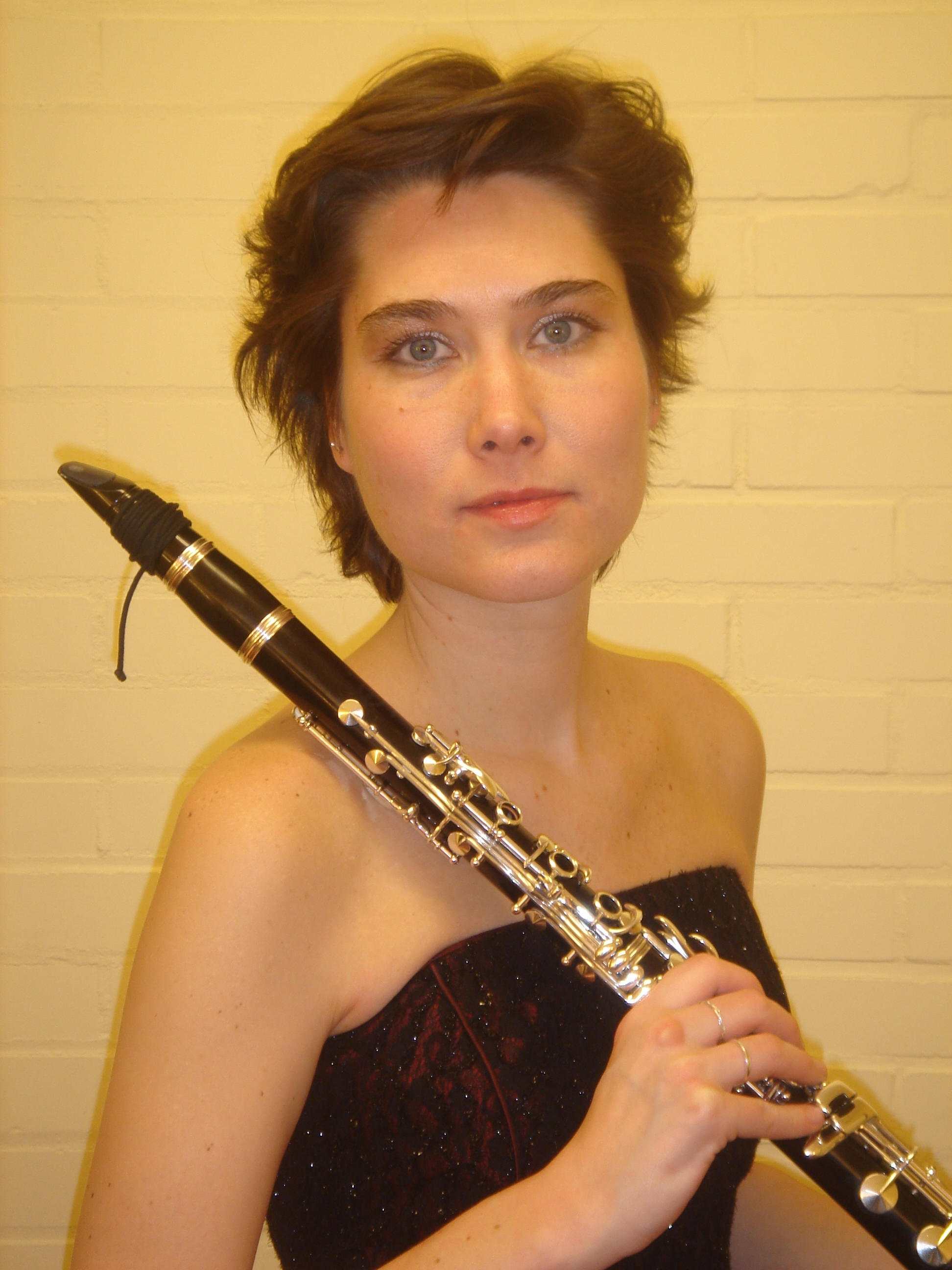 project performance this January as part of the 250th celebration of his musical contribution.  Four performances were

programmed and still scheduled.  Performances have sold out.  Zewald is a high visibility soloist and Chamber musician

and is member of many ensembles as indicated on her website.  As recently as July 2005 she performed recital at the

ClarinetFest in Tokyo, Japan as a stellar soloist.

As part of its annual event directed by Luigi Magistrelli, Professor at the above Conservatory, esteemed artist

Clarinet Concerto K622 with the Milano Classica orchestra conducted by Massimiliano Caldi.
at the Liberty Palace.

The performance was really fantastic and the audience asked him an encore.
He repeated the slow movement.

At the end of the Adagio Leister was moved and also the audience was!

Mr Leister is in great demand across Europe and Asia.  In 2005 he gave a Master Class Tour to 6 USA Universities.

and orchestra with the Magenta Orchestra conducted by Alberto Malazzi

and orchestra with the Magenta Orchestra conducted by Alberto Malazzi on January 7th.

The Magenta Symphony Orchestra has an official concert season including classical

and romantic repertory.  In the up coming season there will be some Salieri and Mozart compositions.

The members of this orchestra are players coming from the most important orchestras of Milano. Its

Luigi Magistrelli was born in S. Stefano Ticino, near Milan, Italy .He studied clarinet at the

Conservatory of Milan with Prof. Primo Borali and attended some Master classes with D. Kloecker,

K. Leister and Giuseppe Garbarino. He has performed as soloist with the Orchestras of

”Pomeriggi musicali”, ”Angelicum”, “Teatro Litta” and Radio of Milan. He has also performed

with many chamber groups (from duo with piano to large ensembles also of contemporary music).

Radio Orchestras of Milan and Turin, “Orchester der Jahrhunderte” in Germany and Moldova

Radio Symphony  and many others. He has participated in tours with the International Orchestra

of Italy. Currently he is principal clarinet at the” Milano Classica “Chamber Orchestra He has won

some prizes at the Competitions of Genoa and Stresa. He has performed in the principal cities of

Hojo in the Czech Republic, China  and Japan . He has recorded 30 CD’s of chamber music and as soloist

Kloecker,  with the Orchestra “La Scala Philharmonic” conducted by R. Muti for “Sony Classical” and

with “Milano Classica Orchestra”  for “Dynamic”. He has recorded also two Mozart CD’s for

for 34 years. He has recorded for the Italian Radio and BBC of London. He edited unknown clarinet

works for “Eufonia”, “Accolade”, ”Trio Musik”, “Poco Nota Verlag” and “Musica Rara”. He is the

congresses .He held Master classes in Italy, China, Israel, South Korea, Mexico and USA. He has a

personal clarinet collection of more than 130 instruments of any kind. He is Professor of Clarinet at the

Laura Magistrelli, sister of Luigi, is the principal clarinet at the Cantelli Orchestra of Milano

and clarinet Professor at the Brescia Conservatory. She has won some important competitions and

She played under Claudio Abbado with the Mahler Jungend Orchestra and made tours in Austria,

Denmark, Czech Republic, France, Spain, Greece, Turkey and ex Yugoslavia and the USA. She is a

clarinet teacher at the Brescia Conservatory.