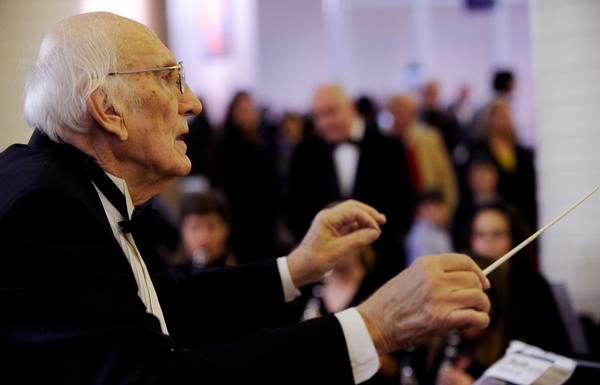 A heartfelt tribute to one of the most influential Clarinetists and Teachers and member of the Denver Symphony as Bass Clarinetist for over 30 years, and founder/Director of the Colorado Clarinet Choir for 40 years, was honored by both organizations at a special event held 11 December before a multitude of former students and professionals who came especially to this event.  As the hyperlinked article here linked indicates, the accolades speak for themselves.  It is hoped, like so many other great influences as teachers in the Clarinet Community that he like the others will not be forgotten.   http://www.denverpost.com/news/ci_19520712

The first Competition and Master Class Festival held under the auspices of the newly organized European Clarinet Association (ECA) in collaboration with the Spanish Association (ADEC), and continuing the beginnings last year from Kortrijk, Belgium, was a major success with a broad array of Performing Faculty and teachers throughout Europe.  Performances with all venues including recitals, Clarinet Ensemble and Choir programs were participated by faculty and participants, many who are ECA members.  More information about this weeklong event is forthcoming.  The above galleries give a glimpse of the whole week. 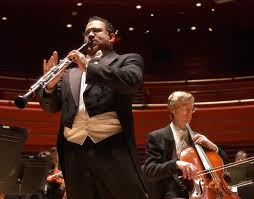 This afternoon, Ricardo Morales gave a solo performance in front of the Philadelphia Orchestra playing the Copland Clarinet Concerto in a program titled "Sounds of the New World." Besides the Copland, the program included Samuel Barber's Toccata Festiva for Organ and Orchestra (Ken Cowan, the organ soloist) and Dvorak's Symphony No. 9 "From the New World" and Marin Alsop was the conductor.
Mr. Morales' performance of the Copland, to say the least, was a fantastic display of immaculate artistry. In the "Slowly and Expressively" section of the piece (the beginning), his beautiful tone rang through Verizon Hall. As the concerto moved into the latter section, he kept the authenticity of the piece's style while maintaining his incredibly unique sound.

The performance overall was a major success as the audience brought Morales back on stage for three curtain calls. Everyone had fun with the piece and the performance, including Morales judging by his grins and subtle giggling on stage while he interacted with the orchestra accompanying him. After intermission, Mr. Morales returned to the stage (changing from a bow-tie to a neck-tie) to perform the Dvorak with the orchestra.