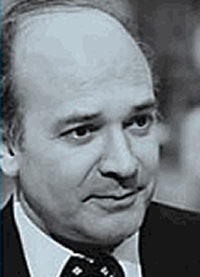 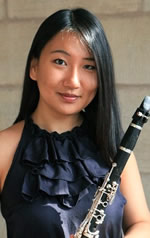 Born in Beijing, China in 1986, Wai Lau started playing the piano at age 7, and later the clarinet at age 13. She won numerous competitions in Hong Kong in the next few years, including First Prize in Hong Kong region in the 2nd Asian Youth Music Competition. Wai completed her Bachelor of Music in Clarinet Performance with distinction in 2008 at Indiana University under the tutelage of James Campbell, and was awarded the prestigious Performer's Certificate. While studying in Indiana, she played with the Columbus Indiana Philharmonic and the Bloomington Camerata Orchestra. She received her Master of Music in 2010 from McGill University studying with Robert Crowley and Alain Desgagne on the Schulich Scholarship. Wai performed a recital in Lodz, Poland in November 2008 as a finalist of the 7th Alexandre Tansman International Competition. In August 2010 she was awarded Grand Prize in the Canadian National Music Festivals Competition. She has engaged in chamber music series at the Festival of the Sound, the Banff Centre, and the Orford Arts Centre. Wai is currently pursuing her Artist Diploma at the Yale School of Music with David Shifrin. She also works as a teaching artist under the Yale Music in Schools Initiative.

Boston Woodwind Society has established merit awards to honor the artistry and achievements of five legendary woodwind musicians. The awards are presented annually to outstanding young students hoping to fulfill their dreams of entering the world of professional players. Selected through open competitions by woodwind artists and faculty members of leading schools of music, each recipient of an award receives a cash prize of $1,000. The purpose of these awards is to encourage and to recognize achievements of high standards of musical integrity and artistry as exemplified by the artists for whom the awards have been named.

A rather incredible Day convened with the appearance of legend Clarinetist Dr Stanley Drucker with 2 Master Classes and a performance of the Luciano Berio Sequenza IX for Solo Clarinet, one of many Sequenzas written for all the instruments.  In talking about this series of pieces, Drucker was involved in the total instrumental premiere where the concert lasted over 4 hours.  The first Class was a reading first time of compositions by faculty and composition students with analytical rehearsal about each piece.  The works were difficult, and sight reading them for the first time was a rather inspirational challenge.  Drucker missed nothing regardless of the difficulty and provided insightful critiques to the composers and those who listened with scores in hand to follow the pieces as they were played.  It was an amazing session where being put on the spot can be a challenge for anyone.   The 2nd Class was held after his performance of the Berio, and included four students who were coached on their prepared pieces. The gallery above shows the program.   All were advanced and were receptive to the lesson they were given.

Mr Drucker has become quite active in going on University campuses in performance and Classes, and everyone within range should make it their priority to work with him given his near-god status as a Clarinetist and teacher.   Within a week on 2 April, he will be at Ithaca College for a major recital and Master Classes again.

The first Competition of its kind by Vandoren  (DANSR) in the United States was held over a 3 month period encompassing all the woodwinds. Major players judged and selected the winners who will get prized and given valuable performance opportunities and an expense paid trip to Paris to the Vandoren headquarters.  Information above in the galleries with more information forthcoming.  President of DANSR Michael Skinner and David Gould, both WKA Artist VIP's ran this program.

A superlative concert was performed in New York this Friday evening with an advanced group of Clarinetists with Dr Timothy Phillips, Professor at Troy State University in Alabama, and a WKA Officer Artist VIP performing an arrangement Premiere of the Vivaldi Concerto in A Minor for Violin and Orchestra.  More information on the program is forthcoming and will be posted later.

A major Solo and Chamber Music program, the 2nd in two months, included standard works for recital as posted in the program above in the galleries.  Two major colleagues, Sergei Babayan, Pianist and faculty at the Cleveland Institute, and Amir Eldan, 'Cellist, from the Oberlin Conservatory, performed to incredible perfection and energy on this program.  A near full house attended with standing ovation after the concert attesting to artistry rare on campuses.   Mr Cohen is a master icon near the likes of his teacher and mentor Stanley Drucker with many years of similar experience as soloist and principal in the Cleveland Orchestra.  He is slated to perform the Weber 2nd Clarinet Concerto with the Cleveland Orchestra at the Blossom Music Festival August 28th 2011.

The recitals and Master Class with Dr Anne Watson was interesting and comprehensive to benefit each student who played various pieces for her and the participants. An interesting session about Duet Playing was given by Dr Cindy Banks and Jessica Lindsay and all the positive aspects in how it develops players and increases their abilities and confidence.  Handouts were given out which listed a huge variety of music available.

Recitals including Denise Gainey and Anne Watson, Katrina and Timothy Phillips, and Watson in Performance

Clarinet Choir activity with 3 Choirs rehearsing and performing two concerts conducted by Director Dr Denise Gainey, and the Shades Valley High School Clarinet Choir conducted by Graduate Assistant Jack Rudisell, and for the Finale concert David Allinder and Gregory Gumina to an near overflow crowd coming to hear this in the Band Rehearsal Hall.

Programs and detailed information is galleried throughout this summary.  Displays of clarinets were available for all to try including mouthpieces, barrels, and bells.    Sheet music was displayed by the ArtsMusic Shop as well.

This as the 9th year and having been evolving into a major event, credit is due to Dr Gainey for its success.  In 2012 she will be Assistant Director of the ClarinetFest being held at the University of Nebraska with Dr Diane Barger.