This first International Competition in Germany held in the small city of Freiburg near the French border is a major event for clarinetists to consider as a major stepping stone in their careers.  The Jury as can be seen above comprise some of the most artistically accomplished performers around the world along with high profile Professors and teachers from the best Music Conservatories.  The above links about this event are very self expanatory and the performance standards are extremely high along with other major competitions like the Munich and the Nielsen, both held this year.  The winners now have a major credential that they can take and benefit for their accomplishments. 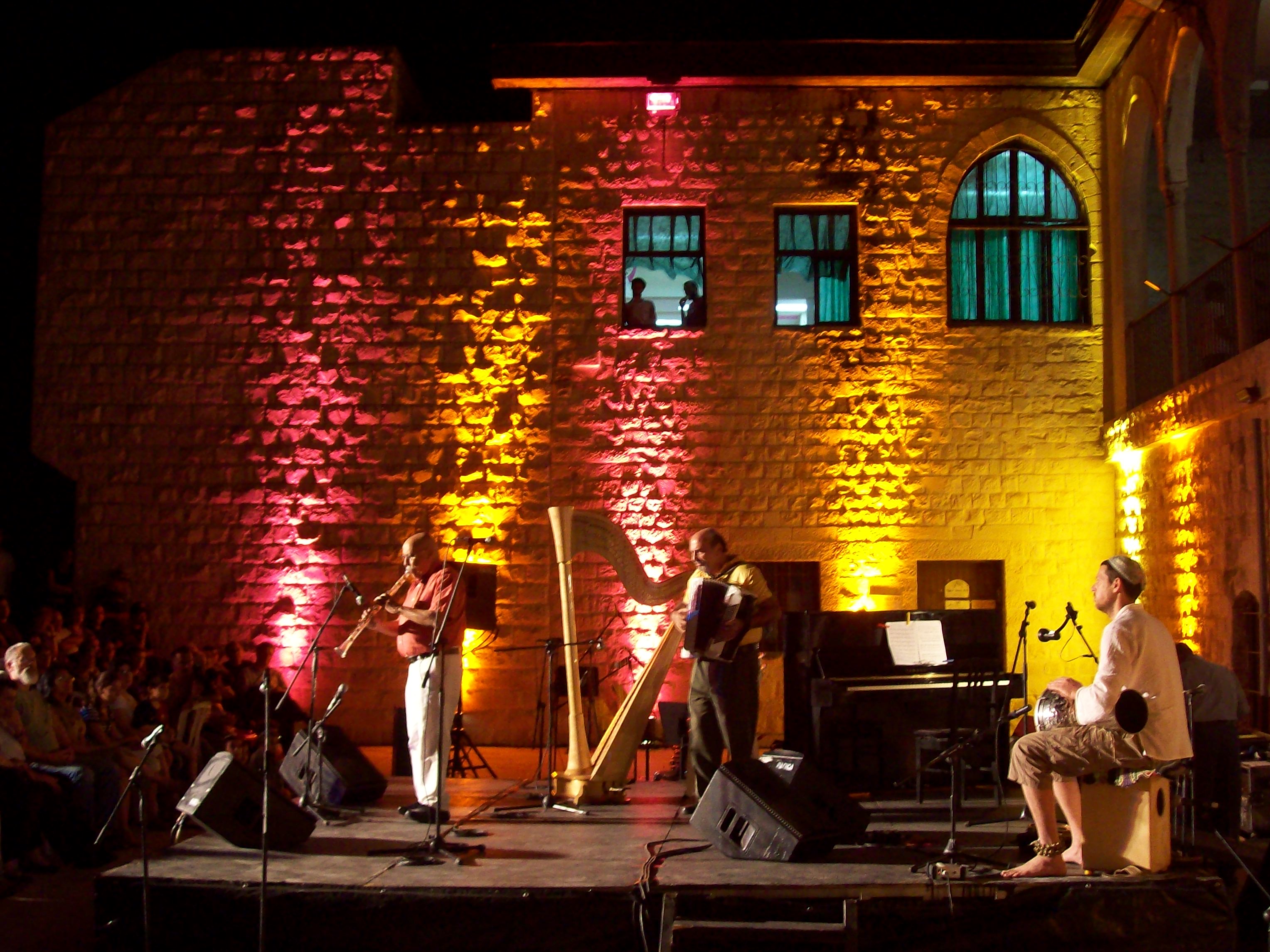 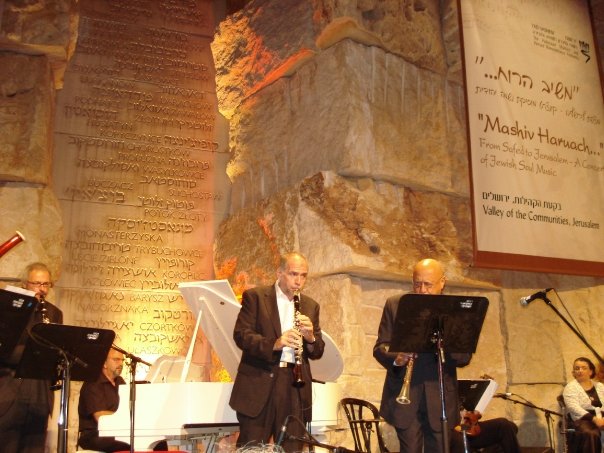 In this sixth year, this multicultural Music Festival under the Artistic Direction of Maestro Giora Feidman, known well as the King of Klezmer from his long history of reviving this artform and making it a true popular musical medium and spreading the goodwill this entails in Jewish history, was probably one of the strongest shows since it started in 2004.  Many Hot News Articles about the past programs and the world class clarinetists who have participated including this year Josef Balogh from Budapest, Hungary and a major Soloist, Klezmer Musician, and an Orchestra player and teacher and who runs the Windland Foundation to advance musicians in this area.  The promotion information galleried above descibes in detail the programs and training offered which covered over 8 days constant activities including lessons, master classes with several different faculty, and an exposure to performing more than just classical training, but a push for expanding to jazz and klezmer, both of which can open up players and be more flexible in their playing.  Many performance and teaching activities were held in Synagogues all over Safed and concerts were held at a central place outdoors in the evening to very large audiences.  The concerts were informal and the audience participated as well.

It may be of interest how strongly committed the State of Israel is to supporting the Arts and Music in particular. In the last 3 International Competitions -  Nielsen, Munich, and Freiburg just finished, the top winners came from Israel.  In other instruments the same facts are noted.  When a family commits to challenging a young aspirant to work hard toward a difficult goal as advancing to and past these levels it is a compliment to the family, the student, and the country for supporting the efforts. Moran Katz, the 1st Prize winner in Freiburg with a prize of 10,000 EUROS, is a former student of Eva Wasserman-Margolis and a Director of this Festival.   Presently Katz is at Juilliard studying with Charles Neidich.

With the positive pieces coming together seeing the progress of the attending students and their future accomplishments, Safed with Giora Feidman is sacred ground for the clarinetists and should be a place to come to achieve the intangibly impossible goal of being a complete musician. 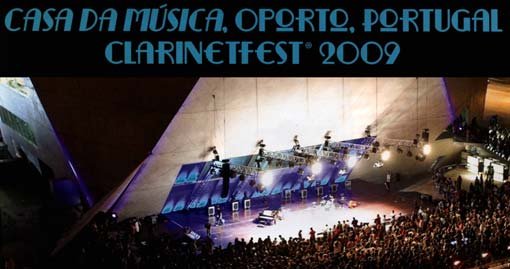 The annual ClarinetFest, this year held in Porto, Portugal, in a recently built (2005) Casa Arts Center, a uniquely designed facility and a major concert site, offered a European cultural array with artists coming from all over Europe, and featuring all venues of performance with a Concerto emphasis with Wind Bands and Ensembles from Portugal with major Clarinet soloists.  Program schedules from the week are galleried above.  As with all showcase festivals, exhibition spanning 3 rooms catered to the interests of the participants to browse and buy everything from instruments, accessories and other items of interest.   Master Classes were held all week along with numerous recitals during the day.

Further blogging information regarding details of the events held at the ClarinetFest can be found at Clarinet Cache website.

The 3rd Buffet Academy, held on this Northern Florida University campus, has proven itself beyond doubt to be a major World-Class program to critically help in the development of young aspiring players, all 22 of whom were audition screened to participate here.  This intensive training performance program had an agenda as noted by Director Francois Kloc, who mentioned the importance in the faculty selection of top artists to include artists who were Solo Clarinetists in a major Orchestra, a 2nd Clarinetist, an Associate Solo Clarinetist and Eb Clarinetists, a Bass Clarinetist, and a major University Professor, all of which in working with each student,  offered a wine-taste of each sector and make a mark on each student.  All students had private lessons with each of the 5 faculty, along with Piano and Clarinet rehearsals for a Student Recital performance, and also sessions on Reed maintenance, fixing with Mitchell Estrin in 2 sessions, and Clarinet maintenance where students were taught how to, in detail, dis-assemble their clarinets and clean them, check for leaks, and put them back together again, under supervision from Artisens Bruce Marking and Francois Kloc.  These sessions were valuable as students had a better idea and appreciation of Clarinet care.  Much of this training was behind closed doors in the lessons, and in addition Master Classes were held each afternoon with the faculty:

Dan Gilbert - Former 2nd Clarinetist in the Cleveland orchestra, Professor at the University of Michigan

Besides all this activity, there was room for fun with Thursday off to unwind and (most players may just practice part of the day), and two outdoor parties the 2nd night and right after the last concert.

There were four concerts, programs are gallery posted above, including a Jazz concert featuring the Clarinet section of the Jacksonville Symphony with Peter Wright and colleagues, a Faculty Recital, and 2 Student programs.  The artistic results were noteworthy.

A concluding note should make notice of the incredible logistic performed by Buffet-Crampon in meticulously developing and carrying out this Festival, and credit is due to the Director Team that carried it out.  This further points out that Buffet is committed not only to producing instruments, but also firm support commitment for artists and students. No other Clarinet maker has performed to this standard.  In another instance, Buffet made a clear celebration of Stanley Drucker's Retirement sendoff in June with a VIP reception after the Copland Concerto performance with the New York Philharmonic 6 June in New York.  This Academy should be looked at by all serious players as a most important self-commitment for their training and development.