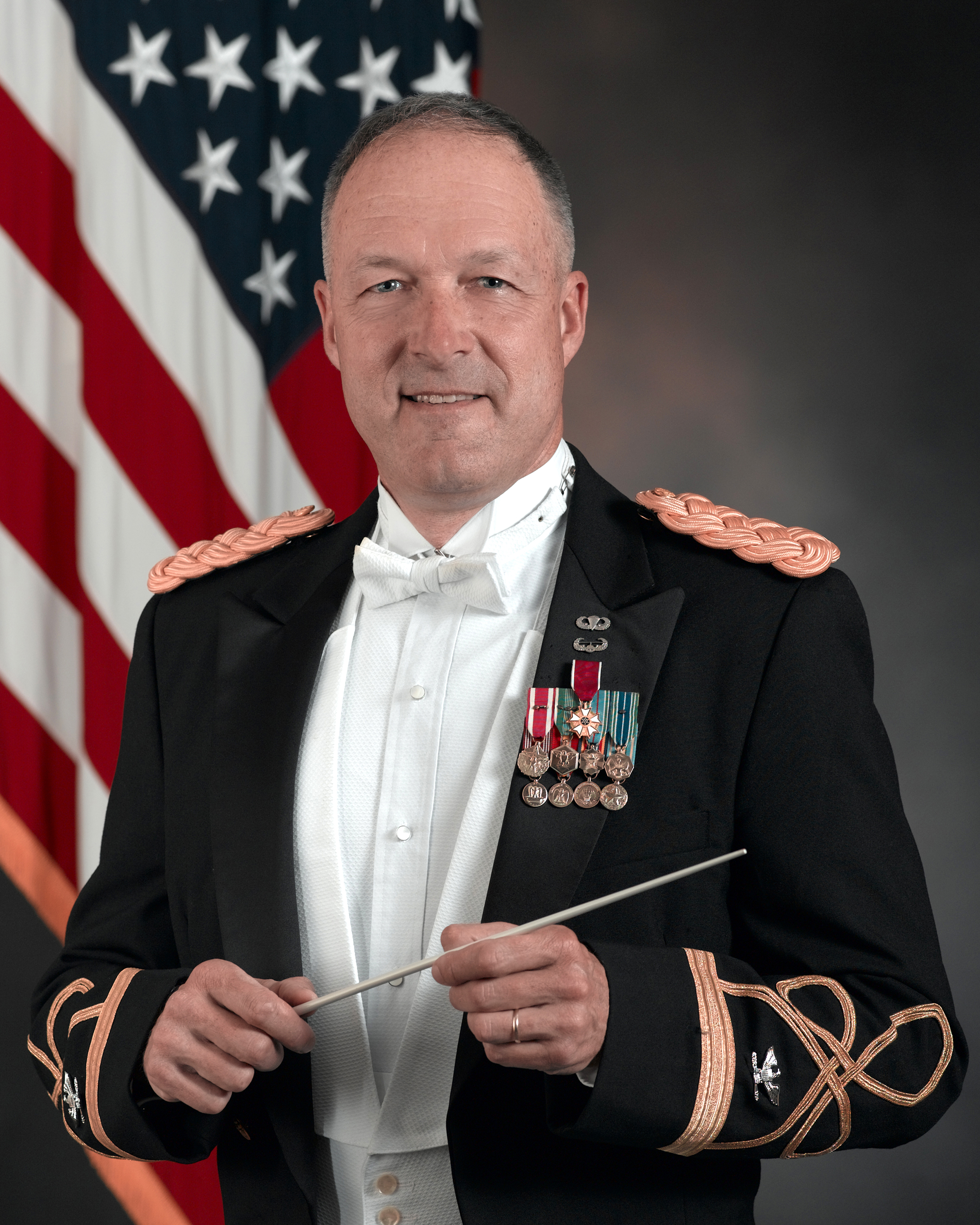 Colonel Thomas H. Palmatier was appointed Leader and Commander of The U.S. Army Band "Pershing's Own" in August 2011. He previously served as Commander and Conductor of The U.S. Army Field Band, the first officer to command both of the Army's top premier bands. Also, he has served as Commandant of the U.S. Army School of Music, responsible for the training of Army Band Soldiers, Noncommissioned Officers, Warrant Officers, and Commissioned Officers for the Army's 106 bands worldwide. His previous assignments include Commander of the U.S. Army Europe Band and Chorus, Executive Officer to The Adjutant General of the Army, and the Department of the Army Staff Bands Officer, overseeing band activities for all Active, Reserve, and National Guard bands. Earlier assignments included command and staff positions around the world, to include service as an Associate Bandmaster with The United States Army Band "Pershing's Own." He is currently the senior military musician in the Department of Defense.

Throughout his more than three decades of distinguished service in the U.S. Army, Col. Palmatier has received numerous military honors to include three awards of the Legion of Merit. He was the first Army Band Officer to earn both the Parachutist and Air Assault Badges and earned the right to wear a combat patch for service in El Salvador and Iraq. In 2012, Col. Palmatier was named a Distinguished Member of the Regiment by the Adjutant General's Corps. His wife, Shirley, is a retired Army Medical Service Corps officer, and his daughter, Gabrielle, is a ballet dancer in Los Angeles and the mother of the cutest grandchildren in the world.