This special one day Clarinet Day, with 12 hours of activities including two Master Classes, given by Dr Janice Minor, Clarinet Professor at James Madison University at Harrisonburg, Virginia, and Eugene Mondie, 2nd / Eb Clarinetist in the Washington National Symphony, was an enlightening exposure for students and teachers covering important fundamental concepts and ideas.  Both classes exceeded about 2 hours each, and as the galleries display, all levels of students were covered.  Dr Minor covered important basics including how to produce solid tone fundamentals with long tone exercises and making the tone cover the entire range.   Mr Mondie covered with advanced students the Mozart Concerto, and coached a student about posture and not being so dependent on neck straps to hold the clarinet, and showed how that practice made posture problems in making a student lean forward and inhibiting the breath flow and affecting the sound and relaxation one should be able to have. A session covering Eb Clarinet Orchestral excerpts including from Berlioz's Symphonie Fantastique and other parts was covered emphasizing accuracy and more relaxation in covering the parts and how that affects auditions.

Exhibitors showing Instruments, including the Washington Music Center, Redwine Jazz with Gennusa Mouthpieces, accessories, and recordings made for interesting browsing and on the spot repair checks were also offered.

This event was well worth being involved in as it showed immense talent and excellent teaching that all students should want to fulfill.  The student and teacher attendance was about 25 who came to work with this fine event.  Due credit goes to Ben Redwine for his active role in its success.

For may artists renowned today, a prize at this international competition acted as a springboard for a later career. Some names include: Jessye Norman, Francisco Araiza, Mitsuko Uchida, Thomas Quasthoff, Yuri Bashmet, Christian Tetzlaff, Sharon Kam, Heinz Holliger, Peter Sadlo, and Maurice André, to mention but a few. [

Sebastian Manz from Germany was awarded both a first prize and the audience prize. Shelly Ezra, Israel, and Taira Kaneko, Israel, got a third prize. 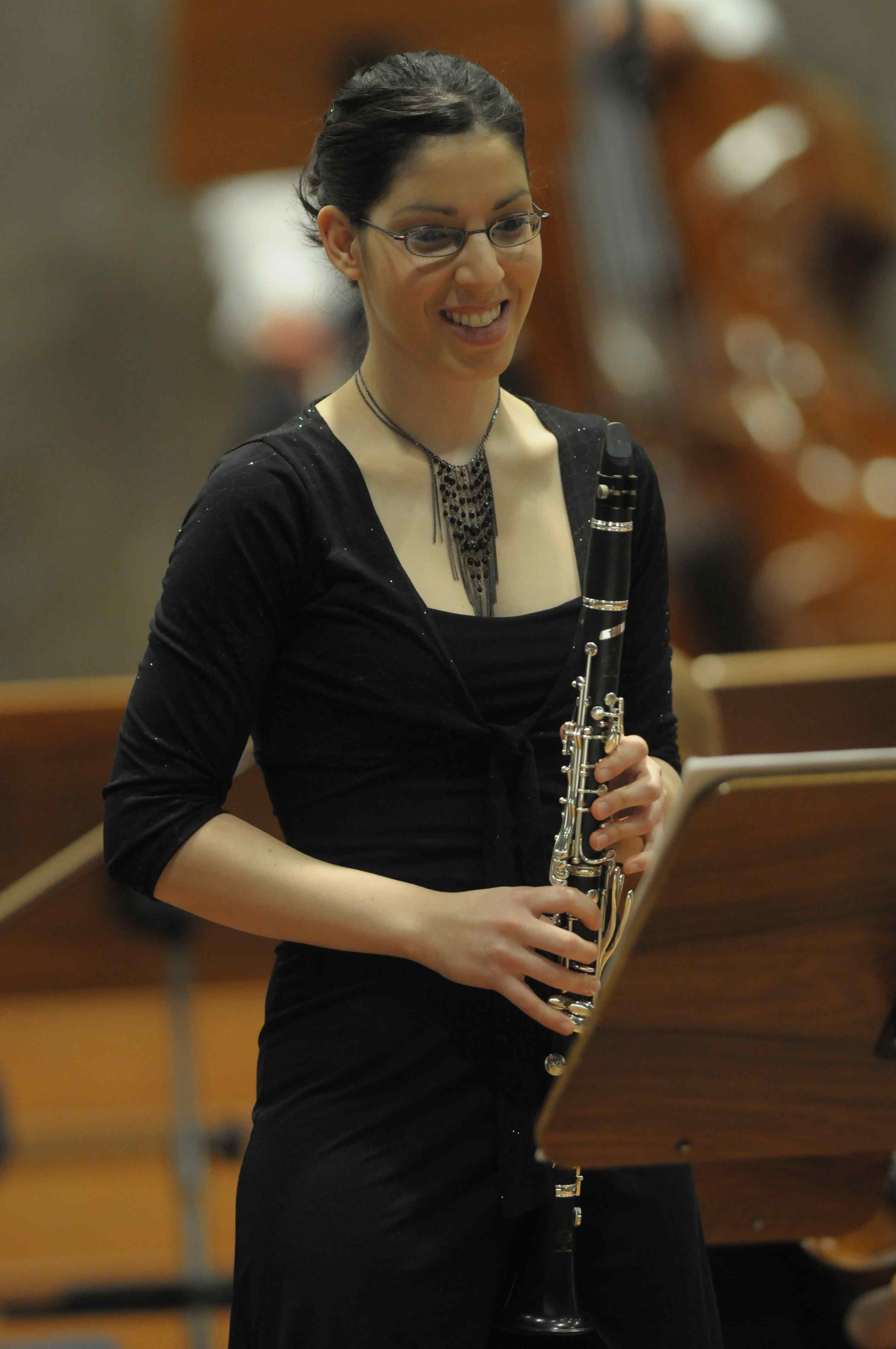 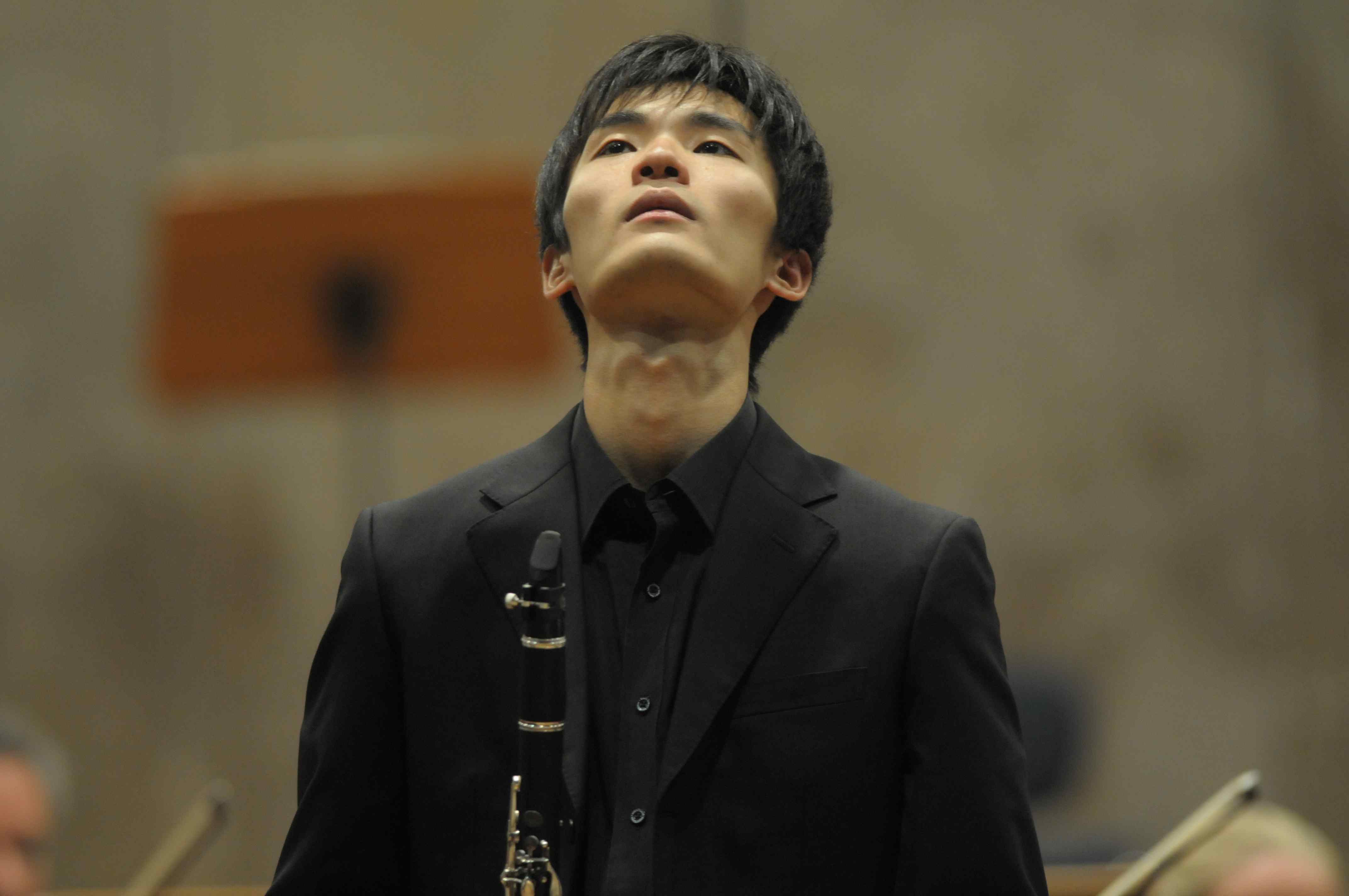 Performances and Instrument Lectures held at the Prague Conservatory and Atrium, Czech Republic   -  10 - 11 September 2008  with Jiri Krejci and Petr Hejny on the early clarinet   (Wanhal-Zach-Lefevre-Sciroli and Beethoven) with Luigi Magistrelli (Professor of Clarinete at the Milan Conservatory in Italy) and Lecture about the the Reform Boehm system Clarinete

During this two day period at the Prague Conservatory and Atrium was held a series of lectures and performance of Early Clarinet works and rarely heard repertoire as performed by Jiri Krejci and Petr Hejny on the early clarinet   (Wanhal-Zach-Lefevre-Sciroli and Beethoven) with Luigi Magistrelli (Professor of Clarinete at the Milan Conservatory in Italy) and lecture-demonstrations about the Reform Boehm System Clarinetes along with the French System for evolutional comparison.  There are recent recordings of many of these works just released as shown on the above galleries.   It is not often that these kind of events are held, which makes it important to be aware of the historical aspects and early music available for performance.  Mr Magistrelli is an authority on this area and has an extensive collection of instruments and has recorded many CD's with early music.

Iowa Clarinet Day exists to educate and inspire clarinetists of all ages and abilities.  Hosting this event at a variety of colleges and universities around Iowa displays to participants the variety and quality of education available within the state of Iowa.  Additionally, the event brings performances by internationally renowned clarinetists to the state of Iowa, and facilitates collaboration between Iowa clarinet professors and those of surrounding states.  We hope to include an increasing number of participants from across the U.S. in upcoming events.  Our plan is to keep the date in early September in future years, so please keep us in mind for 2009!

Richard Nunemaker, Bass Clarinetist in Houston Symphony, in Interview regarding his Retirement from the Orchestra with Bob Stevenson of KUHF Houston

After serving forty-one years as a member of the Houston Symphony Orchestra Richard Nunemaker will retire August 1, 2008. Andre Previn hired Nunemaker in 1967 as a clarinetist, bass clarinetist and saxophonist.  He has had a varied and prolific career as a symphony musician, concert soloist, recording artist, producer, educator and author.

Richard will continue to pursue his first love—commissioning and performing new music for clarinet and saxophone. He will also continue teaching at the University of St. Thomas and keep an active private studio. Richard plans to fill out his remaining free time performing as a freelance musician in the greater Houston area.

Richard was a founding member of Airmail Special, a quartet of Houston musicians that performed original material for student and family concerts in the Houston area. During its 16-year tenure, Airmail Special presented 350 live performances in the Greater Houston area schools for approximately 70,000 children.

“ It has been a thrill to be a member of such a great orchestra and to be a part of what I consider to be one of the premiere clarinet and wind sections in the United States today.”

“ I take pride in having been a participant in the building of this wonderful Houston Symphony Orchestra from the late 1960’s with Andre Previn to the late 1990’s with Christoph Eschenbach. Indeed, those were exciting and exhilarating years.”