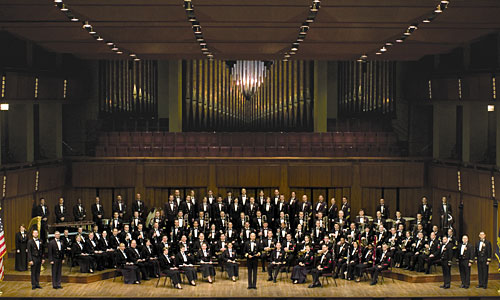 This annual Music Education Festival, one of the most prestigious of its kind in the United States, was held to a gathering of over 17,000 participants from the global Music Community, covering all venues of the field, with dozens of Music Education, Band, Choral Organizations holding their annual meetings in addition to concerts, seminars, master classes, and Industry Exhibitions, covering over 3 major Exhibit areas in thie  Hilton Hotel.   Every year, one or more of the Special Military Bands from Washington, DC, perform and give related performances and also exhibit to attract recuit prospects.  This year teh US Navy Band performed, with added performances by elements of the US Army Band (Pershing's Own)- the US Army Blues Jazz Ensemble, and from West Point, The United States Military Academy Band's 2 Clarinet Quartets, and Solo Performance with the Solo Clarinetist John Parrette.

Two Clarinet seminars were given for Clarinetists and teachers, one from Dr Howard Klug from Indiana University, who gave a session on fundamentals useful for developing players, and a session honoring recently passed Jazz Clarinetist Alvin Batiste.

As can be seen in the photo galleries, this is one annual event not to be missed by any serious student, teacher, or professional.

The past weekend offered an acclaimed array of concerts with New York Philharmonic's Solo Clarinetist Stanley Drucker, who performed the following:   Weill Recital Hall performing Schubert's Shepard on the Rock, the D'Indy Trio for Clarinet 'Cello, and Piano for a critical audience. A review from the New York Sun by Music Critic FRED KIRSHNIT:

Stanley Drucker is principal clarinetist of the New York Philharmonic. He has held this post since the Eisenhower administration. In 1998, he was feted on his 50th anniversary in this position and thus has another milestone year on the horizon. As if surviving Bernstein, Boulez, Mehta, Masur, and Maazel were not enough, Mr. Drucker has proved to be one of the greatest woodwind players of recent times. Not only has he distinguished himself repeatedly as a soloist with orchestra and as a chamber musician, but many of the finer performances of the Phil have been graced with his internal strength. I certainly would not want to hear Mahler's Sixth, Bruckner's Ninth, or Brahms's Second without him in the chair. Mr. Drucker joined Ms. Benedetti and Mr. Tamagawa in a charming version of Schubert's "Der Hirt auf dem Felsen" ("The Shepherd on the Rock"). Here the clarinet was infectiously exuberant and suitably sprightly.

Saturday night saw the New York Philharmonic perform its concert with the Smetana MiVlast complete, and Sunday, performance of the Carl Maria von Weber 1st Clarinet Concerto Op 73 with a Youth Festival Orchestra from the acclaimed Hoff-Bartelson Music School of White Plains, one of the most prestigeous schools of its kind in the country, the Orchestra hailed as one of the best as well.  To have a legend soloist as Mr Drucker as soloist is an honor in itself. The Orchestra performed brilliantly with full competence in supporting this performance. The program also included Leonard Bernstein's  'Overture to Candide' and the Beethoven 1st Symphony.

Mr Drucker is approaching his 60th year as member of the Philharmonic, and still running super strong with vitality rare in other musicians.  The level of playing is a hallmark for inspiration for all players who persevere. He is considered by many and as composer John Corigliano put it, Mr Drucker is probably the greatest Clarinetist of all time.

Member of the Orchestra: Stanley Drucker

At the conclusion of the 1997-98 season, New York Philharmonic Principal Clarinet Stanley Drucker celebrated 50 years as a member of the Orchestra. In honor of this milestone anniversary, and in recognition of his highly respected and widely acknowledged musical excellence and dedication, he was named Musical America’s 1998 Instrumentalist of the Year. He has made approximately 150 solo appearances with the Philharmonic since joining it at age 19. Mr. Drucker maintains an active solo career in addition to his Philharmonic duties, appearing with ensembles throughout the world. He has been twice nominated for Grammy Awards in the category of Best Instrumental Soloist/Classical with Orchestra: In 1992 for his recording of the Copland Concerto with the Philharmonic and Leonard Bernstein, and in 1982 for John Corigliano’s Concerto with the Philharmonic and Zubin Mehta. Mr. Drucker is featured on a number of other Philharmonic recordings: under the direction of Leonard Bernstein in Debussy’s Premiere Rapsodie; in Nielsen’s Clarinet Concerto; and in the world-premiere live performance (1977) of the Corigliano Clarinet Concerto, which is a part of the Orchestra’s acclaimed CD box set, The Historic Broadcasts: 1923-1987. Mr. Drucker’s other recordings include New York Legends: Recitals with Principals from the New York Philharmonic; Schumann’s Complete Works for Winds and Piano; the Mozart Quintet for Clarinet and Strings in A, K.581, and a new two-CD set of the two clarinet sonatas, Trio in A minor, and Quintet in B minor of Johannes Brahms entitled Drucker Plays Brahms. He is also heard on the world-premiere broadcast of William Bolcom’s Clarinet Concerto, part of the New York Philharmonic Special Editions’ boxed set, An American Celebration. Mr. Drucker began clarinet studies at age ten with Leon Russianoff, his principal teacher, and later attended the High School of Music and Art and the Curtis Institute of Music. He was appointed Principal Clarinetist of the Indianapolis Symphony Orchestra at age 16, the Adolf Busch Chamber Players at age 17, and the Buffalo Philharmonic at age 18. He has the distinction of being one of the few living orchestral musicians whose biography appears in the New Grove Dictionary of Music and Musicians. 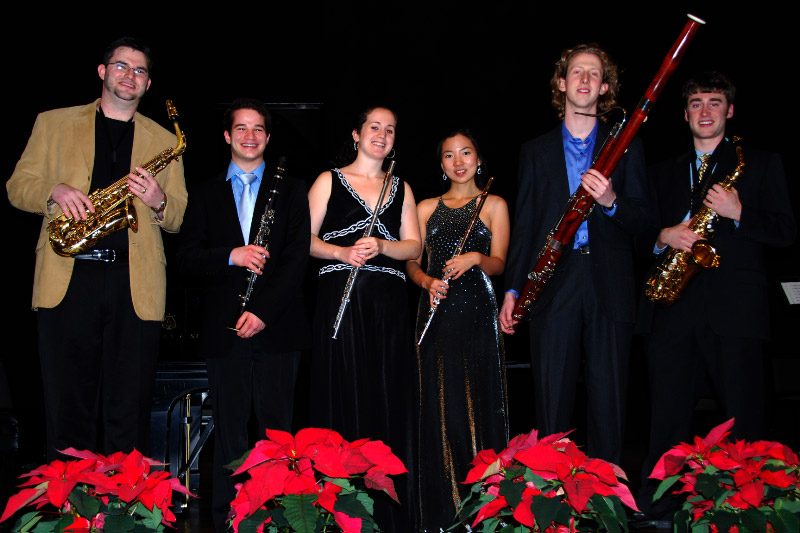 A large repertoire Festival was held in this Musically historic city held annually covering the entire range of Mozart's works, including Orchestral, Choral, Solo works and recitals, and Chamber music, performed by some of the most important artists in Europe.  As part of this festival, a noteworthy performance took place with Luigi Magistrelli, Professor of Clarinet at the G Verdi Conservatory in Milan, Italy, Rainer Mueller Van Recum  (Principal clarinet at the Saarbruecken Orchestra),  and Ole Dahl (Principal bassoonist at the WDR Koeln Orchestra). in the wonderful Rittersaal in the Mannheim Castle,  where the famous Mannheim Orchestra was acting.  In addition to this and other performances, Mr Magistrelli gave Master Classes at the famed Mannheim Hochschule for Music 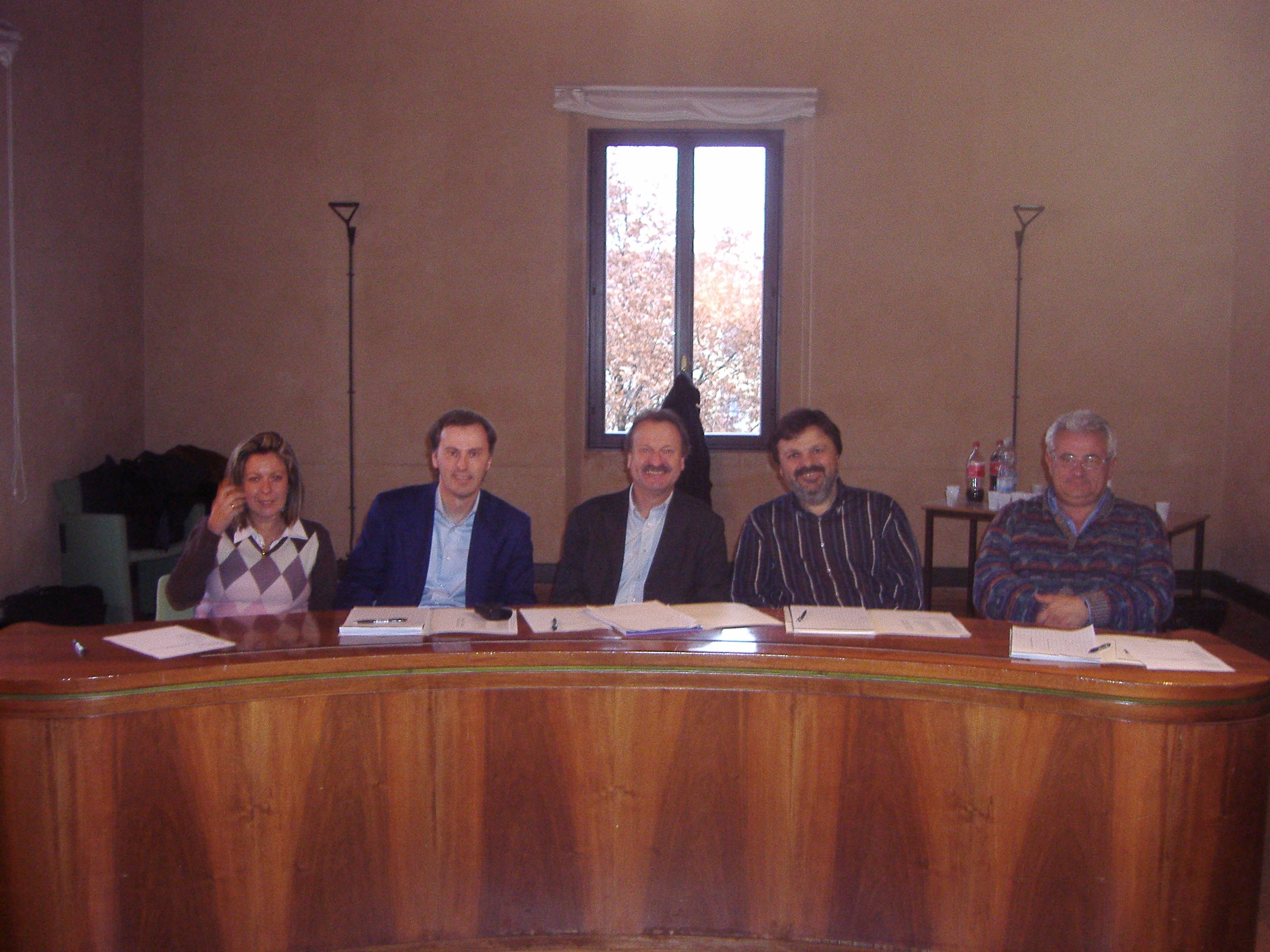 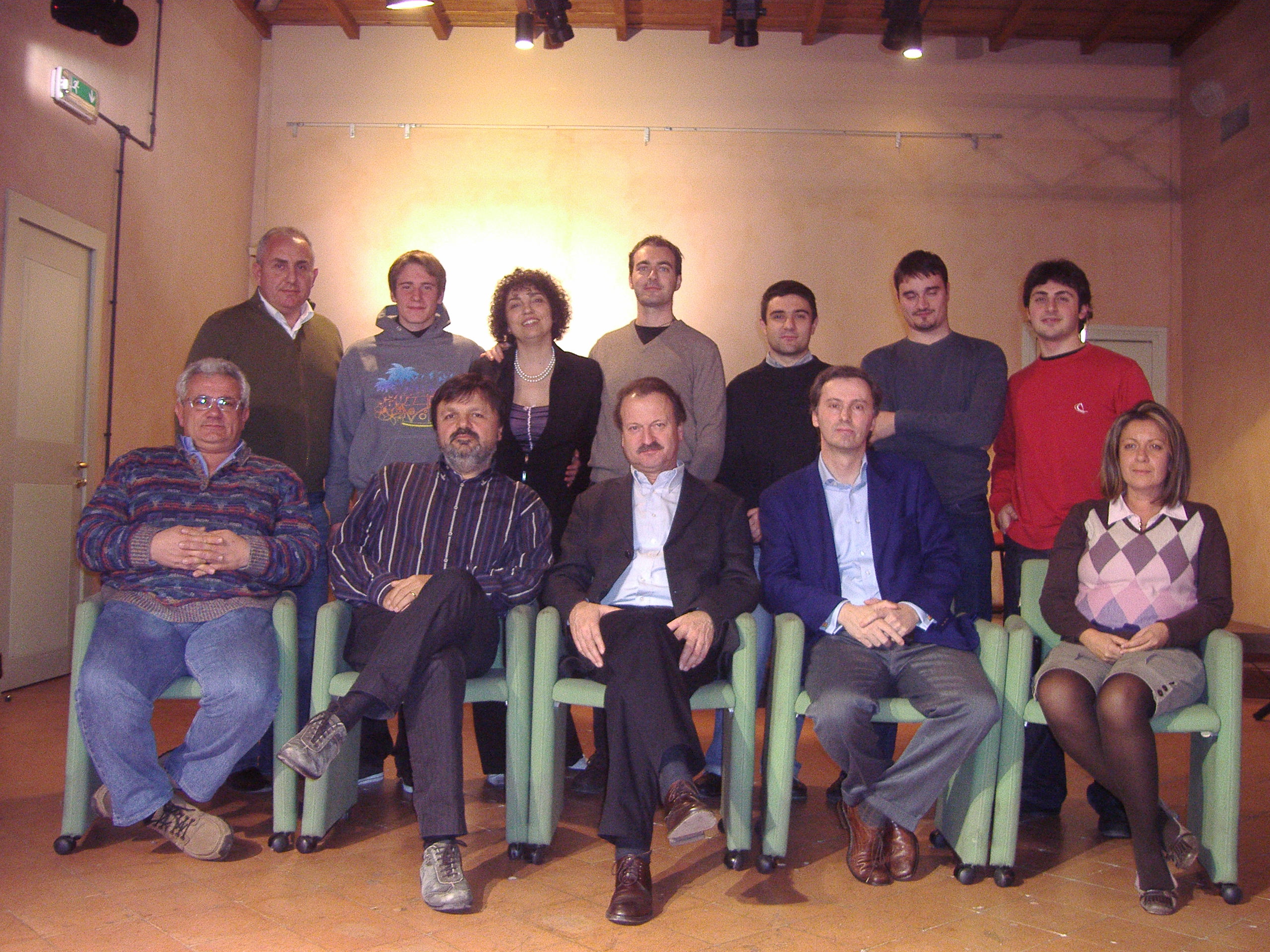 On the 1st and 2nd of December 2007 R. Viani” International Clarinet Competition took place in  Carpi (Modena) Italy .Rino Viani was a former clarinet teacher of the Carpi Music Academy for many years. The participants of the two categories A and B came from many Italian cities , from Sweden, Belgium and Russia . The members of the jury were: Corrado Giuffredi, Massimo Ferraguti, Luigi Magistrelli, Anna Maria Giaquinta and  Alois Brandofer, president, former principal clarinet  of the Berlin Philharmonic orchestra and presently  professor at the  Mozarteum of Salzburg.

For the second time in one month, the last event being the Clarinet Spectacular, honoring Dr Elsa Ludewig-Verdehr, this two day event was a major workshop of International stature, featuring from both the Clarinet and Saxophone arenas with star faculty Charles Neidich from the Juilliard School and one of the most renowned Clarinetists alive today, many calling him the 'Paganini of the Clarinet', and from the Paris Conservatory Michael Goury, a New Music virtuoso and major proponent of this music for Saxophone.  The above galleries will indicate the breadth of activity within these 2 days, including generously alotted Master Classes by Mr Neidich, spanning 4 1/2 hours Friday with Question and Answer opportunities for students, and another 3 hours Saturday to cover all the students enrolled.

Recently, Mr Neidich performed in Birmingham with the Alabama Symphony the Copland Clarinet Concerto (original version) to ovation acclaim and gave a Master Class at the University of Alabama.  In watching and analyzing his concepts and methodology with students, it reminds of the style of Leon Russianoff, Neidich's teacher and also teacher of Stanley Drucker and many other success stories in the profession.  Intensity of engagement with the students, great analytical skills in seeing the issues the students are facing when they play, and how to see through their problems and how to resolve them and make almost immediate improvement in their playing, something that repeatedly happened on every student.  Adherence to fundamentals and its application was transparent, and teaching a student how to practice through passages in an organized way with emphasis on rhythmic accuracy and how to make the finger coordination a priority.  Concepts in tone production and effective use of overtone partials and using the reed nodes and embouchure/angle placement worked in every case, making high register playing more possible and making it possible to avoid artificial fingerings, half hole fingering, etc.  One student, in covering the Copland Concerto cadenza, was able to navigate through this difficult part with more ease than before.   It can be remarked that from this whole picture that Neidich could be the pedagogical successor to Leon Russianoff, with a added element leading to a new level of Clarinet performance.  Studying with Neidich should be a priority for all students serious about their playing and careers.

Performances were held involving the Clarinet and Saxophone students and faculty, including Clarinet and Sax ensembles, and the principal concerts given by Mr Neidich.  Faculty including Caroline Hartig, and Joseph Lulloff both worked together to organize this event to their credit.    Exhibitors and sponsors who held sessions and showed their products included Buffet-Crampon, Conn-Selmer, Marshall Music, and Meridian Music, with large displays for everyone to try out.

A special note of historical interest would indicate as far back as June 1981 at the first Klar/Fest 81 held at Catholic University had a major Clarinet Competition, the jury panel consisting of Leon Russianoff, Stanley Drucker, and Charles Neidich.  The winner of the competition was Caroline Hartig, an amazing impromptu reunion 27 years later.  Mike Getzin was Festival Director and now CEO of WKA.  Since this time Dr Hartig has studied with Mr Neidich and brings this important training to her students.